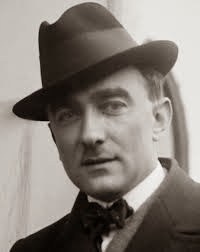 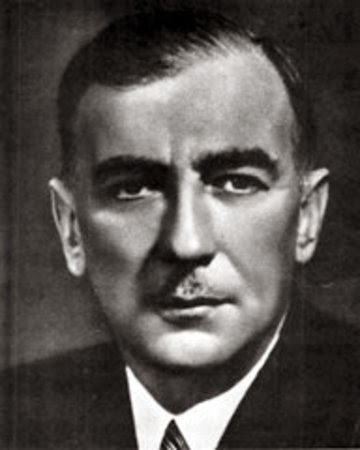 Karol Maciej Szymanowski (October 6, 1882, Tymoszowka, Ukraine – March 28, 1937, Lausanne, Switzerland) was born into the wealthy land-owning Polish Korwin-Szymanowscy family in Tymoszówka, Kiev Governorate of the Russian Empire (Cherkasy Oblast, Ukraine).  He studied music privately with his father before enrolling at the Gustav Neuhaus Elisavetgrad School of Music in 1892.  From 1901, he attended the State Conservatory in Warsaw, where he was later director.

Szymanowski travelled widely throughout Europe, North Africa, the Middle East, and the United States -- and these experiences, particularly the Mediterranean area (1911 and 14), provided much of his inspiration.

Szymanowski's King Roger originated from his enthusiasm for Mediterranean culture as a melting pot of different peoples and religions.  In the summer of 1918 at Odessa, Ukraine, Szymanowski and cousin Jarosław Iwaszkiewicz conceived the project, and composed the opera over the next six years.  Szymanowski's mostly-lost novel on Greek love, Efebos, deals with mystical themes similar to those that inspired King Roger.

Szymanowski translated the central chapter of Efebos into Russian and gave it a gift in 1919 to Boris Kochno, who was his love interest at the time.  The composer said about his novel, "In it I expressed much, perhaps all that I have to say on this matter, which is for me very important and very beautiful."  The work remains available in a German translation as Das Gastmahl.  Szymanowski also wrote a number of love poems in French, dedicated to a 15-year-old boy. Among these are Ganymède, Baedecker, N'importe, and Vagabond.

The composer settled in Warsaw in 1919 after the Bolshevik Revolution.

His third creative period was influenced by Frederic Chopin, and the folk music of the  Polish Highlanders (Gorals), which he discovered in Zakopane in the southern Tatra highlands, even writing in an article entitled About Goral Music: "My discovery of the essential beauty of Goral (Polish Highlander) music, dance and architecture is a very personal one; much of this beauty I have absorbed into my innermost soul."  Music from this period includes Mandragora, Pantomime in Three Parts for Orchestra, Op. 43 (1920); King Roger (Król Roger, Op. 46, libretto by the composer and Iwaszkiewicz), 20 Mazurkas for Piano, Op. 50 (1925); Stabat Mater for Solo Voices, Choir, and Orchestra, Op.53 (1926); and Seven Joyce Songs, Op. 54 (1926).

King Roger received its world premiere on June 17, 1926 in Warsaw, with the cast including the composer's sister, soprano Stanisława Korwin-Szymanowska, as Roxana.

Also in 1926, Szymanowski accepted the position of Director of the Warsaw Conservatory, despite his lack of administrative experience.  His String Quartet No. 2, Op. 56, dates from the following year.  The composer became seriously ill in 1928, losing his post for an interval.  He was diagnosed with an acute form of tuberculosis, and in 1929 traveled to Davos, Switzerland, for medical treatment.  Szymanowski resumed his position at the Conservatory in 1930, but the school was closed two years later.  He moved to Villa Atma in Zakopane and composed fervently, the results of these labors including the ballet Harnasie, Op. 55 (1931), Symphony No.4 ("Symphonie concertante"), with Piano, Op. 60 (1932), Violin Concerto No. 2, Op. 61 (1933), and Two Mazurkas for Piano, Op. 62 (1934).

In 1936, Szymanowski received ineffective treatment at a in Grasse, and died at a Lausanne in March of the following year. His body was brought back to Poland by his sister Stanisława, and laid to rest at Skałka in Kraków, a "national Panthéon" for the most distinguished Poles.

Parts of Efebos were subsequently lost in a fire in 1939.

Szymanowski maintained a long correspondence with the pianist Jan Smeterlin, who was a significant champion of his piano works. Their correspondence was published by Allegro Press in 1969. 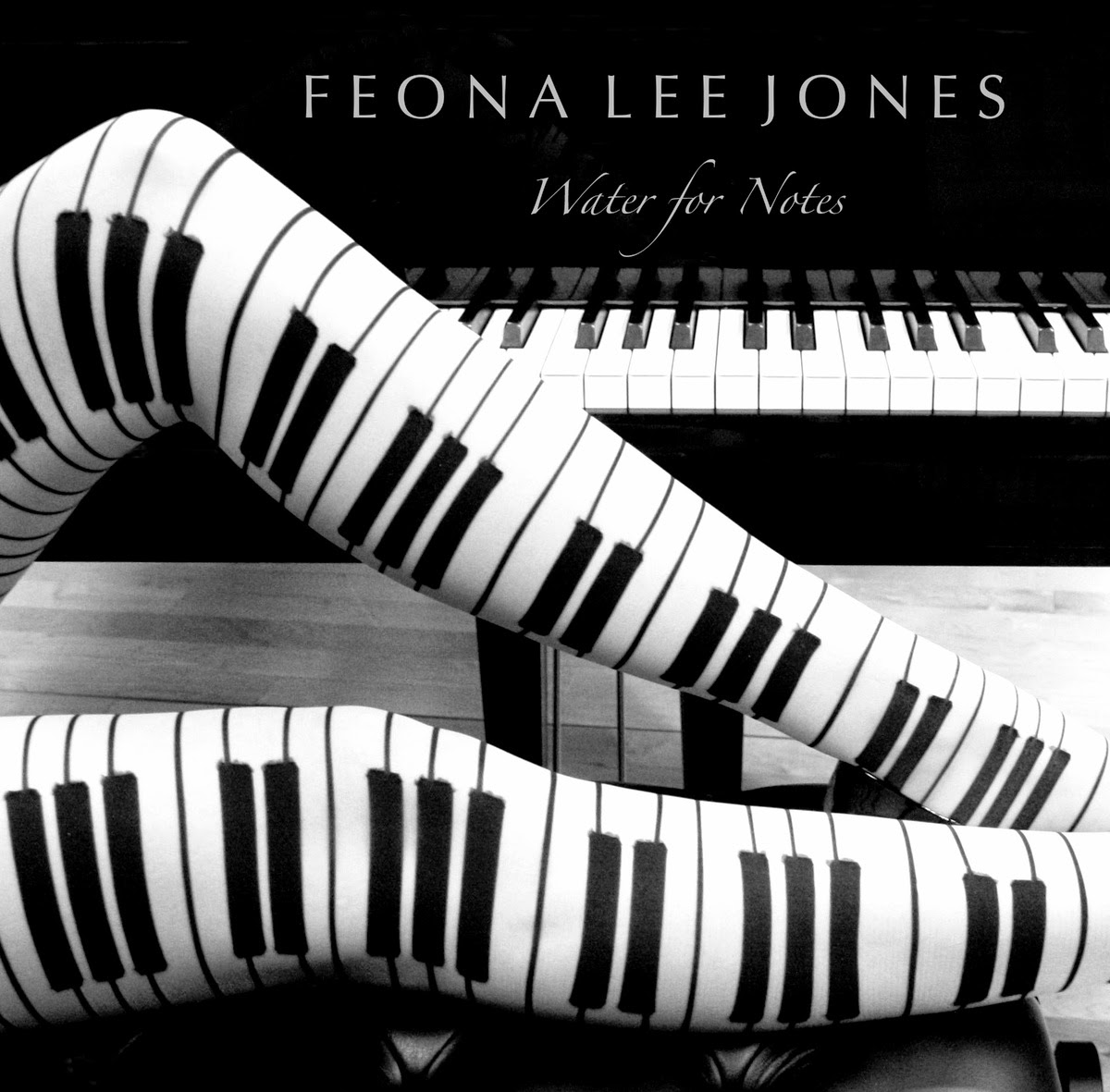 Moonwater lives up to its name, now in ascending patterns of 6 eighths in 6/4: veiled impressions in F# Minor, with E-Sharps re-spelled as F-Naturals, and a welcomely counterbalancing coda of 5's in 5/4.  The album, and accompanying volume of sheet music, the latter intriguingly illustrated by black-and-white art photos (taken in Greece, but evoking universal, rather than site-specific sentiments) drivingly concludes with Tears, a passionate, forceful romp in Bb Dorian / Harmonic Minor in two verse-chorus cycles.  Jones's prelude cycle successfully evokes a succession of evocative moods and modes that are sure to delight listeners and performers alike.  We look forward to her further endeavors.
Posted by Mark Alburger at 9:00 PM No comments: