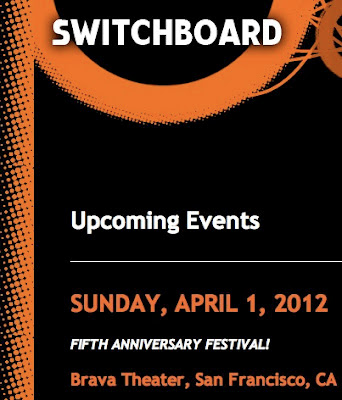 Kraftwerk presents 1 2 3 4 5 6 7 8. Museum of Modern Art, New York, NY. Eight programs through April 17. "Repetitive, pulsating synthesizer lines. Robotic, electronically altered voices. That’s a big part of the sound of pop 2012 -- and it was also the sound, way back in 1974, of Kraftwerk, a German band that can now claim it saw the future. With high-concept prescience Kraftwerk (German for 'power plant') invented itself as 'the man-machine' in the 1970's, marrying human input to unyielding technology with the deadest of cyborg deadpans. Kraftwerk can rightfully claim to be a primary foundation of synth-pop, electronic dance music and even hip-hop; its Trans-Europe Express was repurposed in Afrika Bambaataa’s influential Planet Rock” The stylized, geometric imagery of Kraftwerk’s packaging and stage shows coolly blended sci-fi and a retro Futurism. . . . [T]he band [will be] performing consecutive albums on eight consecutive nights, from Autobahn (1974) to Tour de France Soundtracks (2003). Kraftwerk’s career was already under way by 1974, when a four-minute edit of its 22-minute track Autobahn became an improbable international hit. The band was part of the early-1970s flowering of krautrock; its first albums featured long, jammy tracks that mingled Minimalism and psychedelia and featured the flute played by Florian Schneider, who founded the band with the keyboardist Ralf Hütter. (Mr. Hütter is now Kraftwerk’s sole original member.) But Autobahn was the turning point, as Kraftwerk focused on stark electronics, uninflected repetition and calmly equivocal lyrics. Through the years Kraftwerk would often sing about transportation and technology -- a superhighway, a train, a pocket calculator, a home computer -- as it let listeners decide whether it was celebrating, mocking or warning about its topics. Its instruments, early on, were state of the art, though they are now primitive: analog synthesizers, a dinky electronic drum equivalent with only a handful of sounds. But Kraftwerk has upgraded constantly, incorporating digital synthesizers, computer animation and stage apparatus including robot replicas of the band members. 'It seemed quite normal to create music in today’s technological society with new instruments,' Mr. Hütter said in 1998. 'Why play an instrument with 19th-century technology and a limited sound range when today’s instruments have so many more variations?' The performances of the albums will be staged in the museum’s main atrium, which holds 450 people. The shows promise full stage sets, 3-D video imagery and -- though it may not be visible behind Kraftwerk’s electronic consoles -- passages of musical improvisation. The program’s curator, Klaus Biesenbach, described it as an experience of 'art in the making.' Meanwhile an exhibition of Kraftwerk’s past audio and visual materials -- including the robots -- and material from the concerts at the museum will be incorporated in a sound and visual installation at the new Performance Dome at MoMA PS1, from April 10 to May 14" [Jon Pareles, The New York Times, 2/24/12]. 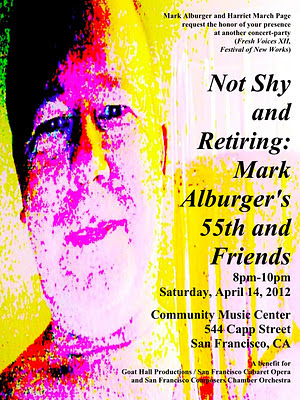 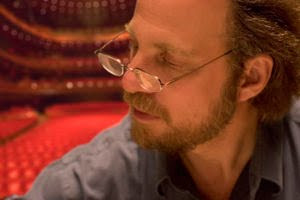