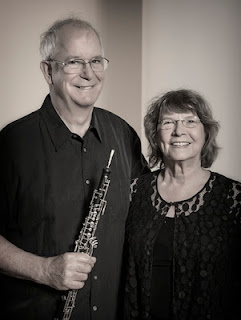 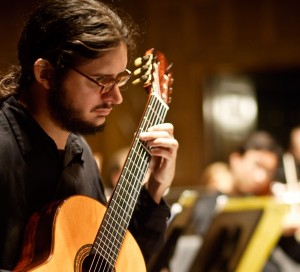 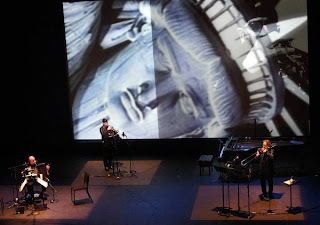 Linda Bouchard's Murderous Little World.  ODC Theater, San Francisco, CA.  Repeated 12/10, REDCAT, Los Angeles, CA.  "Something important is said in "Murderous Little World." But what?
This is Canadian composer Linda Bouchard's music theater collaboration with several of her country's exceptional artists. She has based her work on seven poems from Anne Carson's Men in the Off Hours. The 68-minute work . . . includes enigmatic video by Yan Breuleux and Frédéric St-Hilaire. It features a versatile three-man ensemble of brass and accordion -- Bellows and Brass -- that pretty much blew me away. Keith Turnbull has discreetly directed the production so that theater not burden poetry or music with extraneous explanation.  The short first poem in Carson's collection, which is the last in the theater piece, begins: 'Murderous little world once our objects had gazes.' It ends: 'Here lies the refugee breather/ Who drank a bowl of elsewhere.' Bouchard's music is the 'bowl of elsewhere.' The rest of the show, I'm not so sure of.  Murderous Little World begins with static produced by Bouchard, whose works often include environmental electronics, sitting in a darkened corner of the stage, operating two laptops. On the large video screen that served as the backdrop was a changing mosaic of news clips from political demonstrations in Katmandu, Nepal.  Guy Few sits in a chair, reading a book. He has a black bandanna over shaved head, earrings and is leather clad. He looks like trouble. But he eventually reveals himself as a brooding trumpet player, percussive pianist, hard-edged crooning singer and an actor of plastic expressivity. Joseph Petric sits near Bouchard and noodles on the accordion. Eric Vaillancourt comes along and noodles on the trombone. Some words from Carson's poem Hokusai appear on the screen, but not enough to tell us how Hokusai drew a lion every day in his 83rd and last year, 'their white paws/ mauling stars,' the painter 'hoping for/ a peaceful day.' . . .  On video a house of cards is constructed and destroyed, again and again. The musicians whirl in and out, with what can sound like improvisational imagery. But they also assume theatrical roles, playing an existential game of cards on three music stands bent horizontally to form a table. . . .  Carson introduces Men in the Off Hours with a meditation on Thucydides and Virginia Woolf. She looks at how reason and strength start to slip away not when war begins but later, when it's too late. For her 'Who drank a bowl of elsewhere' is a depiction of the fragility of life and of time.  At the end of "Murderous Little World," Few intones that line at the piano, longingly, over and over, and it turns into a question. So who drank a bowl of elsewhere?  There are many layers to shift through in Murderous Little World. Query the video and you might miss something in the music. Let a Carson line gyrate in your mind and you'll fail to capture another as it glides by. The sheer brilliance of Bellow and Brass may draw you to them alone. Bouchard's electronic soundscape is its own enchantment" [Mark Swed, Los Angeles Times, 12/11/12]. 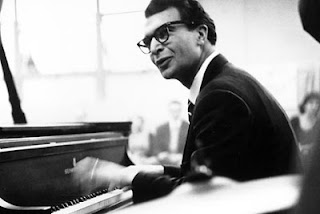 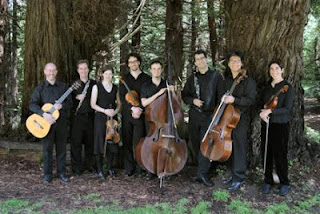 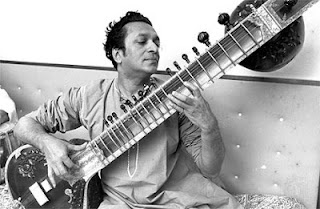 Zorn for Strings.  John Zorn's The Alchemist -- a true and faithful chronicling of the esoteric spiritual conferences and concomitant hermetic actions conducted by Her Majesty's Alchemist Dr. John Dee and one Edward Kelley invoking the Nine Hierarchies of Angelic Orders to visible appearance, circa 1587 (2011), and the world premiere of Apophthegms (2012).  Miller Theatre, Columbia University, New York, NY.