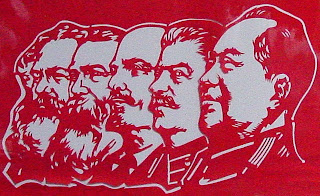 It's often said that the West coast leans towards Asia and the East coast towards Europe. Just think of Lou Harrison, John Cage, and Henry Cowell's Asian-inflected work in California in the 1940's, and the vastly different musical landscape at the same time in the East -- meaning, of course, New York, which was dominated by an influx of European emigre composers from Kurt Weill to Bela Bartok, to name just two. And now, with the rootlessness of post-modern life, and the porous effects of globalization, the East seems to have become the West, and vice versa, meaning both sides are faced with the same socio-economic and artistic crises. The six works by six composers at San Francisco Composers Chamber Orchestra's Fellow Travelers concert (November 9, Old First Church) seemed to point up these differences and commonalities in widely different ways.

David Sprung's New York background -- he studied there with Italian masters Vittorio Rieti and Dallapiccola -- and his work as professor emeritus at California State University, East Bay, merges these apparent contradictions into a unified whole in his Haiku, for Tenor, Wind Quintet, and Piano  (2013).  It was charming (a virtue in short supply these days), transparently scored, and deeply evocative, due in large part to Michael Desnoyer's mellifluous voice.  Italian-born San Francisco resident Davide Verrota's Invitation (2013), for solo piano, seemed to evoke one of the West's first encounters with the East, namely the heavily modal, hence exotic sound of Debussy's The Sunken Cathedral (1910), which Verotta didn't quote directly, but surely knows, and his sonorous block chords, which Verotta produced with commanding grace, conjured depths and distances not dissimilar to Debussy's.

Composer-oboist Philip Freihofner's Filled with Moonlight (2012) also had an Eastern (or in this case specifically a Japanese) feel, and, though Freihofner wrote about his use of tone-clusters here, the piece struck these ears as a kind of slowly unfolding arabesque, punctuated and magnified by gentle dissonances.

The germ for Lisa Scola Prosek's upcoming opera, The Lariat, was a set of expanding melodic gestures set within a subtly scored frame.  Her writing is always magical and cooly seductive and the solo part, for Native American soprano Desiree Harp, was beautifully shaped and sensitively projected.  Scola Prosek's musical language here was not Asian per se, but it did sound modal with the between-this-and-that feel which this kind of writing always suggests.  Her son Eduard Prosek's The Curse (2013) -- from his EP Willow Tree, with the composer on solo guitar, backed by the SFCCO, was vigorous and surprising, and happily free of the earnest posturings of his fellow 20- somethings' "deep" takes on love and loss.

Mark Alburger always does something entertaining and sometimes profound, and his Double Concerto ("Fellow Travellers") (2012), which was played here by pianists Eytan and Gabriel Schillinger-Hyman, is mapped, like many of his pieces, on another work, and in this case it's largely but not exclusively based on Francis Poulenc's 1932 two-piano concerto which uses Javanese gamelan-like and Japanese gagaku-like writing in salient places which is, of course, where the East goes West.

The SFCCO's ensemble throughout the evening was pitch perfect and super-tight with each instrumental choir blending into the whole, or standing out when intended.  "Colleagues" has always sounded and still does sound pretentious but these musicians here weren't just competing for God- knows-what, but actually friends. And, indeed, Fellow Travelers.
Posted by Mark Alburger at 9:00 PM

Did you know that you can shorten your long links with AdFly and make $$$$$$ for every visit to your shortened links.