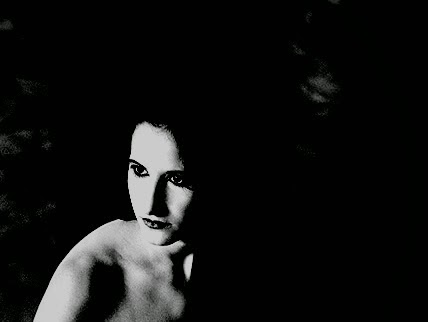 SCUDERI: Why the name Muïesis? Where does the name spring from?

PALMER: I needed to create a term that would combine the word music with my intention to increase the audience’s awareness of music during a performance. I have always been intrigued by the Aristotelian concept of poiesis. When thinking about a name for my approach to contemporary performance that concept came back to me. In fact, it expressed what I had in mind pretty well. So I combined poiesis and music, et voilà: Muïesis was born.

SCUDERI: At which point in your career did Muïesis become clear to you?

PALMER: This is difficult to answer: Having performed music for several years, as well as attended classical music concerts myself, I have often felt that the listening experience can be enhanced by using very little extra-musical means. I tend to think that the audience’s wish to listen to and discover (unknown) music is something performers have to feel more responsible about. Music events may be a source of mere distraction, entertainment and pleasure, but there is surely more to it. For example, I dare dispute that Beethoven wrote his sonatas for the sake of entertainment. Concert events should not be limited to this aspect only. I also see again and again that most of the time classical recitals do not follow any logic; they seem to reflect a mere combination of compositions from different eras put together in a programme in order to create a variety of different styles. You see some other programmes following a rather encyclopaedic approach, for example the cycles of all the Beethoven sonatas, or the Bach Suites and Partitas and so forth. Other performers do go further and more in the direction of Muïesis, but very often all they do is excluding certain composers, and therefore certain styles, and create niches. Muïesis not only questions the role of such concerts, but also helps to rethink the often too categorical dissociation of musical styles and genres by surmounting barriers and creating bridges whenever needed. By proposing extra-musical contexts, muïetic concerts combine music of all genres and offer a broader and more intense experience.

SCUDERI: What is the need for Muïesis in today’s musical world?

PALMER: In my opinion music has lost its value of an art that potentially triggers both emotional and intellectual stimulation. I assume ‘division within itself’ is partly responsible for this dilemma. I see music as being a victim of mass production and consumption. A victim that seems to be doomed to become either sonic pollution (there is music wherever you go) or an exclusive product for the élite. Presumably there was a time when people would go to classical music events in order to inform themselves about the latest styles and compositions. I feel this wish to discuss music and what music can trigger in us has become very rare. Muïesis wants to stir up a contextual platform for discussion.

SCUDERI: To be more specific: How are you dealing with this issue in your own performances? What are you trying to achieve by doing all this?

PALMER: First of all, Muïesis is an alternative performance practice that wants to overcome the somewhat stiff routine of classical concert events. My concert programmes usually unfold without any interruption such as an applause after each piece is performed. This, at least to a certain degree, allows both listener and performer to remain focused on the topic and keep up the tension of the music that is being played. As I said earlier on, the goal of Muïesis is to enhance a more intense listening experience.

SCUDERI: What means in particular do you usually use for your performances?

PALMER: That differs from programme to programme depending on what will fit the leading thought behind it. It can be interludes connecting one piece to another, single words or excerpts of prose, visual images, the clothes I wear, and even the use of different instruments. It really doesn’t matter much what you use in order to create the plot. What matters is, as usual, how you do it. Every detail will have its own importance and meaning.

SCUDERI: I have attended your Dalla gioia all’animo performance and noticed all the different art forms you included in your work. One could think that Muïesis is a mere multimedia event. Is there more to it?

PALMER: There is indeed. It is the context that matters, not the tools or those features that created it, or at least not primarily. The chosen means are there to enhance the perception of the music. It is not they that make Muïesis unique and special, and by the way the use of multimedia is actually a well-established practice. What counts is the frame of reference, the context that these means are supposed to create and its resulting awareness.

SCUDERI: That makes it different from the usual piano recital. Is Muïesis then related to the Opera tradition, where all these elements play an important role for the performance?

PALMER: In a way one could say so. The main difference, however, is that Muïesis allows the performer to put together music of different times, styles, even genres, while in the Opera tradition you present a specific composer, hence one idiosynchratic style. There is another analogy that I find interesting: some venues offer music of a particular era with the performers dressed accordingly. Actually, this is close to a muïetic approach since it creates a context. Yet, it is equally exclusive because, again, we see one era being extracted from the rest of music history. Muïesis wants to go beyond this! It’s trying to create bridges and larger frames of reference.

SCUDERI: You are a pianist. Does a muïetic performer, if I may say so, have to be a pianist as well?

PALMER: I prefer the term muïetic artist. But, yes, the performer has to be a musician. Ultimately, Muïesis is all about music and increasing the audience’s awareness during a performance.

SCUDERI: What are you currently working on?

PALMER: I am preparing a show called The Righteous Fatale. It is the final concert of a series of seven recitals that started in spring 2012. In the previous six concerts the audience was asked to send me their associations and the thoughts triggered by the performance. I wanted to use these comments in order to create a new event. The audience gradually grew onto a somewhat co-creative counterpart. After having experienced a muïetic performance of mine, British composer James Ingram decided to write a piece for me and his assistant performer Moritz, a MIDI-based performance software. Song Six features the scene of Clytemnestra calling the Furies to revenge her, and for the first time Moritz is going to be integrated in a live performance. I am creating a programme around Song Six by using poetry, image, electronics and some elements of ancient Greek tragedy in order to let Clytemnestra’s dilemma unfold. I’ve got a very personal interpretation of the story and was able to transfer it to our time. I have also commissioned two other pieces, from John Palmer and another “surprise” composer, and wrote another one myself. There will also be music by Schubert, Schumann, Mahler, Franck and Mompou, as well as improvisation. Apart from the piano, I will include a synthesizer and a Doepfer MIDI controller. There’ll be a great deal of ambiguity and the listeners will find themselves as being an integral part of the show. They will be confronted with music, poetry, image and acting.

SCUDERI: How contemporary is your approach?

PALMER: I have come to the conclusion that Muïesis is the only way to present classical music in a contemporary manner. We aren’t living in the 19th century anymore. We’ve got to move on to contemporary days in terms of how to present music today. Actually, in the past it has always been like this but for some reason we are currently stuck with a specific performance practice that is rooted in the Romantic era. It doesn’t really make sense to do this today, does it? My point of view is that we need Muïesis if we want to break with the increasing decay of value and perception of classical music. It is the only way to catch the listener’s attention and don’t allow it to fade. You see, performers seldom play for experts only and the non-experts are supposed to know all the different styles well enough in order to enjoy a recital fully.  That’s simply too much to expect, and in fact almost impossible, especially for those people who haven’t got the time to study music.

SCUDERI: What is your vision then?

PALMER: We artists have to present the audience with an experience that lasts longer and has the power to change their perception of the world, at least a bit.  I think this is my responsibility and even my duty as a performer. In the world of pop music all this seems to work much easier, so why is that? By putting music back into a context that listeners can relate to, they will follow the music more attentively, because they will feel connected to it.  Think of the success of film music, for example. Think of Yann Tiersen.  What a hype!  People loved the film and apparently related to it quite strongly. The music became famous overnight.  If we manage to promote this attitude towards classical music, the very same music will flourish and thrive again.  We wouldn’t lack audiences anymore, and this is exactly where Muïesis is heading.

Heloise Ph. Palmer, creator of Muïesis, has been designing and performing interdisciplinary concerts since 2007. She writes music, poetry, and short prose pieces. www.heloise-palmer.com
Posted by Mark Alburger at 10:00 PM