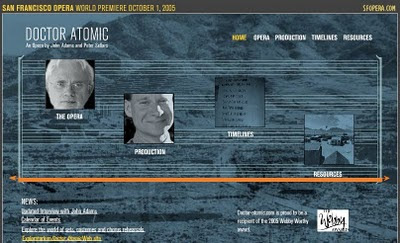 Juilliard Orchestra, led by Dennis Russell Davies, in The Juilliard School presents its 100th Anniversary Concert. Carnegie Hall, New York, NY. "And that was it for hoopla. There were no speeches, ceremonies, awards, potted-history films -- just a concert, with a newly commissioned work as its centerpiece, and scores by Webern and Schubert at either end. Some listeners may have wanted a greater sense of occasion, but simply showing what the school's young musicians can do made tremendous sense. The piece commissioned for the concert was the Manhattan Trilogy by Einojuhani Rautavaara, the patriarch of contemporary Finnish composers. Mr. Rautavaara is much loved internationally these days, and for good reason. But it would be unnatural not to wonder why this quintessentially American conservatory didn't program a new American work as the main draw of its anniversary concert -- or even as one of the outlying scores. Perhaps the presence on the podium of Mr. Davies, a particularly eloquent interpreter of American music, made the absence of any all the more puzzling. Maybe it's a silly question. There are new American scores elsewhere in the season, and at this point, American composers are doing well enough in the world not to need a boost at every local celebration. There is, in any case, a Juilliard connection here: Mr. Rautavaara was a student there in the 1950's, and his three-movement, 20-minute work is a reminiscence of the hopes and anxieties of his student years. It is a wistful, conservative work. The outer movements, Daydreams and Dawn, are cast in consonant but freely modulating chord progressions, with achingly beautiful solo lines darting through the thick textures. Even the central Nightmares movement, though darker and more freely dissonant, often has a lush quality. If Mr. Rautavaara is remembering tensions and uncertainties here, as the program notes suggest, he is doing it from a comfortable distance. Mr. Davies let his musicians revel in Mr. Rautavaara's rich textures, and they played it as if they had lived with it for years. It sounded, in any case, like the most thoroughly rehearsed of the three scores on the program, although the performances of Webern's Six Pieces for Orchestra (Op. 6) and the Schubert Ninth Symphony offered little reason for complaint. There were, for example, fleetingly tentative moments in the brass during the outer movements of the Webern, but the salient feature of the performance was the fluidity and seamlessness with which these young players moved through the constantly changing textures" [Allan Kozinn, The New York Times, 10/13/05]. 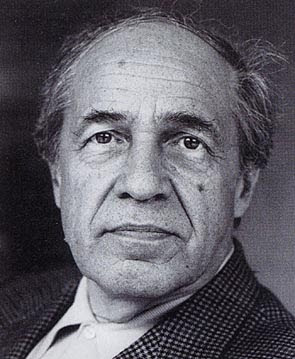 Pierre-Laurent Aimard. Carnegie Hall, New York, NY. "Can Pierre Boulez ever have imagined that four short piano pieces from his steely, rigorously dodecaphonic and anti-establishment "Notations" would be played as an encore during a recital at Carnegie Hall? And who would have thought that this radical early Boulez work would sound so right coming after an exhilarating performance of Schumann's crowd-pleasing Carnaval? But this is what Pierre-Laurent Aimard pulled off in his stunning . . . recital . . . . As those tuned in to contemporary-music circles know, in 1977 Mr. Aimard, then just 19, became a founding member of Mr. Boulez's avant-garde Ensemble InterContemporain in Paris, remaining with the group for 18 years. But since then, Mr. Aimard has been branching into standard repertory, winning wide acclaim for his extraordinary pianism without losing his identity as a musician immersed in his own time. Mr. Aimard enjoys playing old and new works together in provocative contexts. He opened this fascinating program with four of Debussy's Préludes, Book I. Seated at the piano, he waited for well over a minute, until stragglers in the audience arrived and the house was quiet, so he could start the mysterious and searching Delphic Dancers, which begins in a whisper. In this haunting performance, with harmonically unhinged chords voiced so tellingly and textures boldly blurred, Debussy's alluring prelude sounded like the radical work it was and, in a sense, still is. The Wind on the Plain followed, sounding here like an onrushing intimation of a Ligeti étude. Mr. Aimard then began the hushed Sounds and Perfumes Swirl in the Evening Air, but stopped just moments into it because something else was swirling in air at Carnegie Hall: coughing. He begged the audience's pardon and reminded everyone that coughing is "the enemy of music." With the house now utterly quiet, he continued, then ended the set with a jocular yet curiously unsettling account of Puck's Dance. Having presented Debussy as a modernist, he played Mr. Boulez's staggeringly difficult Piano Sonata No. 1, written in 1946 when the composer was in his early 20's and instigating an assault on the musical status quo in Paris. Even those who find Mr. Boulez's serial works baffling had to have responded to the subtlety, color, rhythmic bite and rhapsodic sweep of Mr. Aimard's arresting performance. He then gave a coolly beautiful and commanding account of Ravel's formidable Gaspard de la Nuit, played without a hint of sentimentality, never milking this inventive score for virtuosic flash. The Schumann was not what you might have expected. Mr. Aimard played with plenty of Romantic impetuosity and even a judicious use of rubato. Yet this was also a bracing and vigorous take on Schumann's suite of dances, evocations and portraits. In introducing the Boulez encore, Mr. Aimard explained that, like the Schumann work, Notations is also a suite of short character pieces, all derived from a few basic motifs. The audience must have gotten the connection, for on this night, Boulez won as many bravos as Schumann, thanks to Mr. Aimard's ingenious artistry" [Anthony Tommasini, The New York Times, 10/22/05].

Christopher Taylor plays Gyorgy Ligeti's Etudes. Miller Theatre, New York, NY. "Do not make assumptions about the American pianist Christopher Taylor from his bookish, gangly and endearingly nerdy appearance. Beneath that professorial persona is a demonically intense artist with a stunning technique and searching intellect. In recent seasons Mr. Taylor, who teaches at the University of Wisconsin in Madison, has been finding the Miller Theater at Columbia University an ideal place to try out programs that most mainstream concert presenters would never go for. In the process he has attracted a following, which explains why a capacity crowd was drawn to . . . hear his recital devoted to the complete études for piano by Gyorgy Ligeti. Surely, most of this noticeably young audience could not have been familiar with these cutting-edge works by this Hungarian master composer. Just knowing that Mr. Taylor was up to something again was apparently enough to fill the hall. At the Miller in 2001 Mr. Taylor gave an exhilarating performance of Messiaen's complete Vingt Regards sur l'Enfant-Jésus, some of the most visionary and challenging music ever written for the piano. Last year he returned for a program of contemporary études, 27 demanding works by George Perle, William Bolcom, Derek Bermel and Mr. Ligeti (Book 1, the first six, of the études, composed in 1985, though the composer, who is 82, has spoken of writing more). While Mr. Ligeti has written about being frustrated with his own limited piano technique, Mr. Taylor, in his program note, writes that producing marvels like these études requires "complete mastery of the instrument's potential as well as flawless intuition concerning the hand's abilities." Mr. Ligeti points to unusual sources of inspiration for these works, including the polyrhythmic music of sub-Saharan Africa, the jazz composers Thelonious Monk and Bill Evans, the mechanistic piano pieces of Conlon Nancarrow, and even the fractal geometry of Mandelbrot and Peitgen, which particularly interests Mr. Taylor, who graduated summa cum laude in mathematics from Harvard in 1992. There are surprisingly serene episodes in several of the études, like the wistful opening section of White on White, with its churchly harmonies, and the brittle, gently clanking passages in Fém, which suggests music made by breezes blowing through a pagoda. Some études have less overt challenges, like Vertige, in which the pianist must execute twisting strands of bizarre, hard-to-finger chromatic runs. But most of the études are vehemently intense and ferociously difficult, like the crazed À bout de souffle, with its pummeling chords and arm-blurring repetitions, or The Devil's Staircase, which makes Liszt's Mephisto Waltz seem like a jolly little Hungarian dance. Mr. Taylor played them all with incisive rhythm, lucid textures and, where the music allowed, alluring colors. Still, the sheer effort involved in playing these works was something to behold" [Anthony Tommasini, The New York Times, 10/31/06].
Posted by Mark Alburger at 7:00 PM