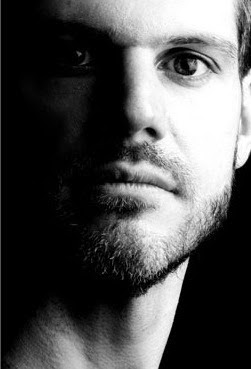 Jason Eckardt. Out of Chaos. Ensemble 21, conducted by Jeffrey Milarsky and Paul Hostetter. Mode 137; CD. "Jason Eckardt clearly rejects the argument, made with increasing frequency, that the mid-20th-century atonalists were working toward a musical dead end. Harmonically and rhythmically his music thrives on complex, constantly changing relationships, but like many composers under 40 (he was born in 1971) he tempers the more prickly, jagged elements of the post-tonal style with humor and eclecticism. What holds your attention in his music is not its ingenuity but its relentless energy and drive. He also has a knack for defying expectations. Drawn to minimalist sculpture -- Richard Serra’s Tilted Arc adorns the CD cover, an allusion to the opening work, After Serra (2000) -- he resists using the minimalist musical vocabulary to evoke it. That resistance eventually evaporates, at least partly. The final four minutes of the score is an eerie stasis of slow textural shifts and quietly scampering solos over sustained tones. But that comparative serenity is hard won, coming after 10 minutes of vigorous, high-energy counterpoint. The most ambitious work here, the 2-movement, 27-minute Polarities (1998), also begins with an eventful, virtuosic opening section that gives way to quiet spareness. But the proportions are reversed; here the slow, introspective writing is the center of gravity. The musicians of Ensemble 21 play this music sizzlingly. Particularly striking in Polarities is Jean Kopperud’s fluid, feisty clarinet playing, which bounces between klezmerlike note bending and assertive multiphonics that evoke John Coltrane and Ornette Coleman. Taimur Sullivan, on soprano saxophone, makes Tangled Loops (1996) into a vivid character piece. And Marilyn Nonken’s sharply focused and often athletic pianism, Rolf Schulte’s lyrical violin playing, atmospheric percussion by Thomas Kolor and a rich cello line from Chrisopher Finckel, enliven the involved textures of A Glimpse Retraced (1999)" [Allan Kozinn, The New York Times, 7/27/08].

Igor Stravinsky. Symphony of Psalms, Symphony in C, Symphony in Three Movements. Berlin Radio Chorus, Berlin Philharmonic, conducted by Simon Rattle. EMI Classics. "The allegro in Psalm 150 of the Symphony of Psalms, Stravinsky said, was inspired by his vision of Elijah’s chariot ascending to heaven. The triplets for horn and piano evoke the fiery tableau. This colorful moment is illustrated with bristling drama by Simon Rattle and the Berlin Philharmonic. In an exhilarating performance they balance textural clarity and grandeur in this work, written to commemorate the 50th anniversary of the Boston Symphony Orchestra in 1930-31, not long after Stravinsky had rejoined the Russian Orthodox Church. The Berlin Radio Chorus sings immaculately, eloquently phrasing the Alleluias' and delivering the Latin texts with striking urgency. The wind players are exceptional in this unusually scored piece, which forgoes violins, violas and clarinets. The winds also shine in lithe, tautly energetic performances of Stravinsky’s Symphony in C and Symphony in Three Movements, both also composed during his neoclassical period. The Symphony in C, given its premiere in 1940, was written during a year in which Stravinsky’s daughter, wife, and mother died. A four-movement work with jaunty woodwind melodies, it reflects Beethoven’s spirit through a Stravinskian prism but doesn’t allude to the torment of its creator, who composed the lighthearted second movement in a sanitarium where he was being treated for tuberculosis. Mr. Rattle also leads an explosive performance of the Symphony in Three Movements, composed during the final years of World War II. The Berlin musicians illuminate the Rite of Spring-like rhythmic angularity and throbbing pulse of the outer movements with vivid thrust and sharply delineated phrasing. The jagged piano line cuts through the string textures with ominous persistence" [Viviwn Schweitzer, The New York Times, 7/27/08].
Posted by Mark Alburger at 5:00 PM