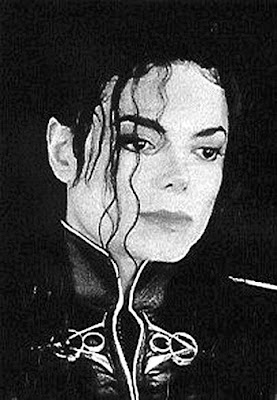 Michael Joseph Jackson (August 29, 1958 – June 25, 2009) Jackson was born the seventh of nine children on August 29, 1958 in Gary, Indiana, an industrial suburb of Chicago, to an African American family. His mother, Katherine Esther Scruse, was a devout Jehovah's Witness, and his father, Joseph Walter "Joe" Jackson, a steel mill worker who performed with an R&B band called The Falcons. Jackson had three sisters, Rebbie, La Toya, and Janet, and five brothers, Jackie, Tito, Jermaine, Marlon, and Randy.

He showed talent early in his life, performing in front of classmates during a Christmas recital at the age of five. In 1964, he and Marlon joined the Jackson Brothers -- a band formed by brothers Jackie, Tito, and Jermaine -- as backup musicians playing congas and tambourine. Jackson later began performing backup vocals and dancing; at the age of eight, he and Jermaine assumed lead vocals, and the group's name was changed to The Jackson 5.

Starting in 1972, Jackson released a total of four solo studio albums with Motown, among them Got to Be There and Ben, released as part of the Jackson 5 franchise.

The Jackson 5 signed a new contract with CBS Records in June 1975, joining the Philadelphia International Records division, later Epic Records, and renaming themselves The Jacksons.

In 1978, he starred as the scarecrow in the musical, The Wiz, and teamed up with Quincy Jones, the film's score arranger. Jones agreed to produce Jackson's next solo album, Off the Wall,
which included songwriters Rod Temperton, Stevie Wonder, and Paul McCartney, in addition to Jackson himself.

In 1982, he issued his second Epic album, Thriller.

While working with Paul McCartney on the two hit singles The Girl Is Mine (1982) and Say Say Say (1983), the pair became friendly. McCartney told Jackson about the large amount of money he earned from owning music catalogs; he was earning approximately $40 million a year from other people's songs. Jackson subsequently began buying, selling, and distributing publishing rights to music from numerous artists. In 1985, ATV Music, a music publishing company owning thousands of music copyrights, including the Northern Songs catalogue that contained the majority of the Lennon-McCartney compositions recorded by The Beatles, was put up for sale.

Jackson took an immediate interest in the catalog, but was warned he would face strong competition. Jackson's lawyer contacted McCartney's representative, who clarified that the McCartney was not interested in bidding: "It's too pricey." After Jackson had started negotiations, the former Beatle changed his mind and tried to persuade Yoko Ono to join him in a joint bid, but she declined, so he pulled out. Jackson eventually beat the rest of the competition in negotiations that lasted 10 months, purchasing the catalog for $47.5 million.

Jackson's first album in five years, Bad (1987), had lower sales than Thriller, but was still a substantial commercial success.

In March 1988, Jackson purchased land near Santa Ynez, California to build Neverland Ranch at a cost of $17 million. He installed Ferris wheels, a menagerie, and a movie theater on the 2,700-acre (11 km2) property. A security staff of 40 patrolled the grounds. In 2003, it was valued at approximately $100 million.

He released his eighth album Dangerous in 1991.

In May 1994, Jackson married singer-songwriter Lisa Marie Presley, the daughter of Elvis Presley. At the time, the tabloid media speculated that the wedding was a ploy to prop up Jackson's public image. Jackson and Presley divorced less than two years later, remaining friendly.

In 1995, he released the double album HIStory: Past, Present and Future, Book I.

During the Australian leg of the HIStory World Tour, Jackson married dermatology nurse Deborah Jeanne Rowe on November 14, 1996 in an impromptu ceremony close to his Sydney hotel room. She gave birth to Michael's first two children: a son, Prince, and a daughter, Paris. The couple divorced in 1999, and remained friends, with Rowe giving full custody of the children to Jackson.

Throughout June of that year, Jackson was involved in a number of charitable events, including an appearance with Luciano Pavarotti for a benefit concert in Modena, Italy.

Six years after his last studio album and after spending much of the late 1990's out of the public eye, Jackson released Invincible in October 2001. To help promote the album, a special 30th Anniversary celebration at Madison Square Garden occurred in September 2001 to mark the singer's 30th year as a solo artist. Jackson appeared onstage alongside his brothers for the first time since 1984.

Jackson's third child, Prince Michael Jackson II (nicknamed "Blanket") was born in 2002 as the result of artificial insemination from a surrogate mother and his own sperm cells.

Reports of financial problems for Jackson became frequent in 2006 after the closure of the main house on the Neverland Ranch as a cost-cutting measure.

The 25th anniversary of Thriller was marked by the release of Thriller 25, which added the previously unreleased song For All Time and re-mixes.

On June 25, 2009, Jackson collapsed at his rented mansion at 100 North Carolwood Drive in the Holmby Hills district of Los Angeles. Attempts at resuscitating him by his personal physician were unsuccessful. He was pronounced dead at 2:26 p.m. local time.

Jackson did not write his songs on paper. Instead he would dictate into a sound recorder; when recording he would sing from memory.
Posted by Mark Alburger at 10:00 PM