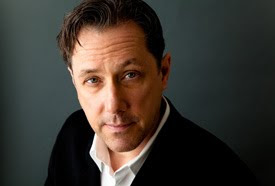 The son of a Missouri state trooper, Rouse grew up in Poplar Bluff, in the state's bootheel region. Early in life, he decided to change the spelling of his first name to "Mikel," more accurately representing the pronunciation.

He graduated from the Kansas City Art Institute and the Conservatory of Music at the University of Missouri at Kansas City. Rouse's band Tirez Tirez relocated to New York City in 1979 and continued performing until 1987.

Upon moving to New York, Rouse absorbed African rhythmic techniques from A. M. Jones's Studies in African Music, took up other instruction in world music, and studied Schillinger System with Jerome Walman, one of the few "Certified" instructors in America; all of these influences came to inform his music.

In addition to Tirez Tirez he formed a new ensemble, Mikel Rouse Broken Consort, to work out his new rhythmic language in the context of rock-based instrumentation, making him one of the first composers to notate intricate music in such a context. Recordings with the latter ensemble include Jade Tiger (1984), A Walk In The Woods (1985), A Lincoln Portrait (1988), and Soul Menu (1993).

Rouse's association with Ben Neill and Kyle Gann in the early 1990's led to the recognition of a new rhythmic complexity in minimalist-based music that came to be referred to as totalism.

Frustrated by the lack of institutional support for Downtown music, Rouse made an ambitious bid for composer self-sufficiency, premiering/directing a one-man opera Failing Kansas, based on the same story as Truman Capote's In Cold Blood, in 1995. One of the basic rhythms of the work is a five-beat isorhythm against which either harmony or drum patterns often reinforce a four- or eight- cycle.

Conceived as the first of a trilogy of operas, Failing led to an emerging art form which to composer has characterized as "counterpoetry," involving the use of multiple unpitched voices in counterpoint. Often individual lines performed by separate characters or groups are set to phrases of differing lengths (such as 9 and 10 beats) and characteristically played over a background of 4/4. Other works to employ this technique include Autorequiem (1994) for strings, percussion and voices; and the CD Living Inside Design (1994), a collection of extended spoken songs

In 1996 Rouse premiered and directed the technologically innovative Dennis Cleveland at The Kitchen, starring himself and based on a talk show format, with some of the singers/actors spread out among the audience. With a dense libretto drawn from John Ralston Saul's Voltaire's Bastards, the work was hailed by The Village Voice as "the most exciting and innovative new opera since [Philip Glass's] Einstein on the Beach."

Additional performances included The Eclectic Orange Festival in Costa Mesa, CA (1999); the Perth International Arts Festival, Western Australia (2000); the Krannert Center for the Performing Arts, Urbana-Champaign, Illinois (2001, where the production was redesigned with assistance from the University of Illinois), and Lincoln Center (2002). The Australian Broadcasting Company filmed a documentary of the piece, which aired in 2001.

1999 found Rouse completing Return, a collection of songs built around samples from his 1985 Book One for string quartet. Also that year, the composer completed the music for the multimedia Cameraworld, collaborating with video artist Cliff Baldwin.

In 2001 the John Cage Trust commissioned Rouse to realize the score for Cage’s radio-play-turned-theatrical-production James Joyce, Marcel Duchamp, Erik Satie: An Alphabet. Rouse completed the score at Louisiana Tech University during the beginning of a three-year Meet the Composer Residency in Ruston, LA. He also played the part of James Joyce in the international 2001-2002 tour of the work, premiering at the Edinburgh International Festival and including runs at the Dublin Fringe Festival, the Hebbel Theatre (Berlin), the Krannert Center for the Performing Arts (University of Illinois in Urbana-Champaign), Cal Performances (Berkele), the Perth International Arts Festival, and the Eclectic Orange Festival in Costa Mesa.

In 2002 he released two CDs, Cameraworld and a remastered Failing Kansas, and one DVD, Funding. Test Tones was completed that year and Music for Minorities the next.

The third opera in his trilogy, The End Of Cinematics premiered in Fall 2005, through collaboration with the Emerging Technologies department of the National Center for Supercomputing Technologies and the Krannert Center for the Performing Arts at the University of Illinois at Urbana.

A new piece commissioned by The Merce Cunningham Dance Company, the John Cage Trust and Betty Freeman premiered at The Joyce Theater, New York, in October 2006. The piece was scored for multiple iPods set to "shuffle" so that each audience member had a different realization of the score. The music for the piece, International Cloud Atlas, was released exclusively on iTunes and was available for download prior to the premiere. In addition to this work, Rouse also released House Of Fans and Love At Twenty.

A Walk in the Woods (1984), seven-piece chamber orchestra suite

Left in My Life (1993), for voices and electronics

Kiss Him Goodbye (1993), voices and electronics

Return (1999), a collection of songs constructed around samples from Book One (1986), a book of string quartets recorded in 1989

Music for Minorities (2003), 14 songs for voice and guitar with live interactive video.

Love at Twenty (2004), music for the Joe Goode Performance Group