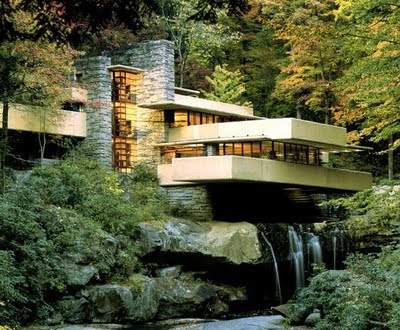 I was extremely gratified to see, in February’s Princeton Alumni Weekly, an article on the theory of Dmitri Tymoczko, entitled The Geometry of Chords. Tymoczko assembled all of the two-note chord combination, and perceived three-dimensional geometric shape, which enlightens the understanding of the physics of sound. For those of us who are lovers of the application of the Pythagorean two-dimensional models, this is exciting news. A mobius tape of chord patterns that gives composers a natural model of the way modulations occur in mathematics is worthy of study and application.

Reading this, and observing the chord patterns on the mobius tape, I became very excited as it mirrored exactly a chord progression pattern that I had devised for myself 15 years ago when I completed my masters in architecture and structural engineering at UW. Never able to become interested in the modeling of three-dimensional living space, I nonetheless applied all of the statics and physics that I learned for the board exams to music. Wandering lost in a world where the new musical systems were devised by Milton Babbitt to prevent “arbitrariness,” but seemed to me in themselves arbitrary, the applied physics of engineering filled the void for me and I began to compose from fundamental principles of physics that have served me well.

An error in architecture, or more specifically, the notion that design is elegant and therefore need not adhere to requirements of gravity and loads, leads to loss of life. If you design a balcony that cannot support the weight of a human being, you commit criminal negligence.

Since no one ever died from bad music, however, composers permit themselves some egregious abuse of the listeners, by ignoring:

1.The physiological ability of human beings to absorb and assimilate sounds,

2. The physical effect of the vibration and frequency of the sounds once they enter the room and decay about the listener.

Using again the balcony model we observe that, in order to support the load of a human being, a cantilevered balcony must not extend further than the strength of the load bearing material,
And must be adequate for the limits imposed by the weight of the human being.

Likewise, a musical event, chord, phrase, which is very much like a cantilever, for it extends the listener into a floating space, a musical space, must be adequate in it’s harmonic strength to support and be absorbed by the listener, to move him out into the space and not become redundant, and must conform to the limits and requirements of human physiological “tuning.”

The cantilever, or harmonic bridge of sound, must move at a velocity determined by the limits of human understanding and tuning. Not less than, or it becomes stale and no longer extends us further into space. Not faster than, or it becomes weak, and drops the listener. Otherwise the listener is “dropped”, much like the man standing on a balcony, for the cantilever of his attention span is broken, and the musical event is no longer continuous. This makes the listener distracted, and causes him to lose the flow of the composer’s intention.

There are a number of points mentioned above that need further clarification.

•Human “tuning” is much like human weight, a function of the forces around us. Any object under pressure, which we most certainly are, (thousands of pounds of atmospheric pressure, gravitational pressure, the pressure of all of the water in our bodies as it pushed against our skin and the atmosphere around us), has a specific tuning that will respond to vibrations, oscillations, and wave forms that are sympathetic to this tuning, A perfect example of this mystery of our existential tuning was so clearly exemplified by the collapse of the Tacoma narrows bridge, when an oscillation that reoccurs through the winds of the Tacoma narrows amplified the tuning of the bridge itself until the bridge collapsed. Certain oscillations, between notes and chords, amplify our physiological tuning in a discernible way, creating pleasure or pain, or worse, having little or no effect whatsoever. We can gauge how effective a modulation was, as we glance across an audience, to see everyone in the hall react at the same moment to a specific harmonic event. Or we can play through Tymoczko’s mobius tape of the geometry of chords, and try to discern our own physical reaction to the oscillation between chords.

•The limits of human comprehension in real time, is a variable, yet after years of teaching music to small children, I noticed that the variations occur between a narrow band of real human limits. Obviously if we have a listener with extraordinary auditory sophistication, then two dimensional phrase events like “ a twelve-tone row based on a hymn sung by my mother, which occurs as a palindrome in two simultaneous voices”, might be heard on the first listen, the likelihood is however, that no-one in the room, not even the composer, will grasp it, if it is played allegro (It never ceases to amaze me after 10 years of performing new works, how much of their own music composer’s fail to grasp).

The question is, therefore, if it exceeds the listener’s grasp, has it occurred?

For most listeners, much like the tree that fell in the woods, the answer is no.

Now a certain amount of these private composerly references and jokes are a delight in Mozart, since they occur while the stream of comprehensible musical information is uninterrupted. And if we require our musical cantilever “balcony” to support human beings, we might want to consider the real physiological limits of auditory understanding, and try to support our listeners with events that can be grasped in real time.

In conclusion, if I can return to the idea of a cantilever, a balcony, a bridge that music extends for us in space and which must be strong enough to support our thinking and our harmonic tuning, there is a leap that occurs between two cantilevers, or that area in the bridge where the net stress is 0, this is the area that I concluded 15 years ago, that needed to be supported on both sided so it could occur effectively, without dropping the listener. This is the transition between two fundamental chords at any point in the musical piece.

It was my understanding, and my unwillingness to put my listeners “at risk of falling” that to establish this cantilever of chords, the Pythagorean principle of sound decay had to be safely in play. In other words, to make the transition between one chord and the next, the strength of the tonalities from the first chord had to be clearly in the room before we could leap to the next tonality. This made the cantilever “safe.”

It also made it natural, and able to effect a harmonious reaction in the listener, to increase their enjoyment of the suspension, of the feeling of being suspended, of not being dropped.

Certainly if the great music of the world makes us feel as if we are flying above the earth, I had discovered the simple applicable principle of the physics of sound which made it so.
Posted by Mark Alburger at 7:00 PM