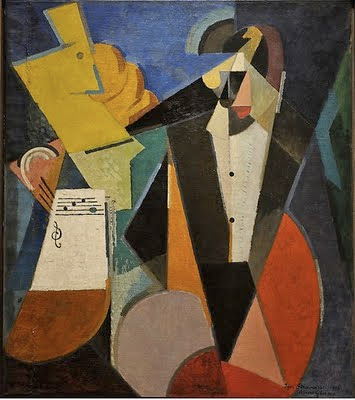 All good things come to those that wait.

It took awhile -- 91 years, in fact -- but Igor Stravinsky's first opera, The Nightingale, arrived at Davies Symphony Hall on December 9, with Michael Tilson Thomas and the San Francisco Symphony continuing a tradition of presenting innovatively staged drama in a concert space, on a double bill with the composer's Oedipus Rex.

These were welcome and beautiful productions, the first of a work rarely seen or heard -- indeed, even the extracted ballet/concert work The Song of the Nightingale, sort of a Rite of Spring-also-ran, is presented infrequently, and the opera hardly at all (a recent Metropolitan Opera presentation being a notable exception). Certainly the piece is problematic: Stravinsky composed the first act prior to The Firebird, and the subsequent two after the stylistic catalysts of Petrushka and The Rite, so a lot of compositional water under the bridge, and a bit of a disconnect, too. But as Maurice Ravel echoed along with the composer, the style change, from a Claude Debussyesque palette to one of neoprimitive Russo-chinoiserie, is justified internally by a drama that moves from nature into the bustle of oriental urban life, with a lovely "Fisherman's Song" that works in both contexts.

This is important music, even if destined to be a sort of stylistic footnote to the "big three" ballets of the previous years, and Tilson Thomas and company gave it their all, with a sumptuous set and an expert lineup of singers headlined by Paul Groves (The Fisherman), Olga Trifonova (The Nightingale), Catherine Cook (nicely doublecast as both The Cook and Death), Tigran Martirossian (The Emperor), and Ayk Martirossian (The Chamberlain). Courtesans Saundra DeAthos, Sonia Gariaeff, Valentina Osinski, and Darla Wigginton provided able support; and Harold Meers, Brian Frutiger, and Eugene Brancoveanu checked in as comic, albeit a bit racist (a view of Japan through imperial Chinese eyes), Japanese envoys, with European suitjackets and penitudious bowings.

The work, in its Parisian premiere, split the difference between opera and ballet, with dancers on the stage and singers in the orchestral pit, and, while this may have been due to Stravinsky's evolving impersonal, "objective" aesthetics, it is easy to imagine this being primarily due to ballet impresario-producer Sergei Diaghilev's dance orientation (indeed, much crucial Stravinskian aesthetics can be traced to Diaghilev -- right down to the turn to neoclassicism embodied by his commissioning of Pulcinella as an orchestration of early classic Pergolesi and the like).

San Francisco's presentation split the difference, with the singers acting and the dancers dancing almost on top of each other on the magical but tight stage, with sensual and macabre pirouetting from Natalie Willes (The Nightingale), Titus West (Death), and Joe Duffy (Spectre). And what a knockout was The Mechanical Nightingale, as embodied by a trio of gold-plated contortionists (Fleeky Fanco, Tracy Piper, and Alexis Greene), who provided what was undoubtedly one of the more arresting interpretations of this role ever.

The San Francisco Symphony Chorus was in good voice, too -- maybe too good, as the clangorous instrumental fireworks that open Act II were partially obscured.

Small peeve in an excellent rendition, and the excellence continued in Oedipus Rex. Narrator Carey Perloff took the right stentorian part -- if a little flip at times. Michelle DeYoung was perfection personified both physically and vocally as Jocasta: here was a Mother-for-a-Son-to-accidentally-marry ever worthy of the part... sensuous, dangerous, and tragic. Stuart Skelton was her apt foil in the title role, decked out in a white suite and incongruous long ribbon, against her clingy voluptuousness. Tigran and Ayk returned respectively as Creon and Tiresias, and they were fine, but they set one wondering about Stravinsky's scoring. Certainly he needed all these basses as foils to his tenor Oedipus, and certainly the composer was interested in a dark male sound, what with the males-only chorus, but is the accompaniment right for these voices?

OK, let's take the gloves off (as opposed to the chorus, which looked greatly snappy in evening clothes, half-masks, and Michael Jackson one-glove-only reds). Does this music always work?

There are an awful lot of minor third triplets, and sometimes the composer sounds as if he's cruising (where does repetition-as-ominous monumentality end and I-can't-think-of-anything-better-to-do begin?). Promising melodies ramble down dark paths and then disappear into fusty, though intriguing, if not fascinating, arcana of counterpoint.

While Stravinsky remains at the top of my list of composers (all of him -- primitive, neoclassic, serial), Oedipus remains a personal also-ran. Certainly, it has its glories: the stirring opening/closing, the triplets before they go on too long, the vulgar descending major arpeggios, the wild "Gloria" counterpoint (why did the narrator's line "To kill his father and to wed his mother" not immediately precede the recap?), the Hollywood-Bowl trumpet fanfares, and the story is a Freudian keeper; but, perhaps partly due to the wink-wink artifice of a chopping up into traditional "numbers" (arias, duets -- do we need to hear these singers together, to move the non-drama along?), it doesn't add up to a whole. But maybe that's fine, too....

Nevertheless, in wholes and parts it was an arresting night of opera-ballet and opera-oratorio in the concert hall, and we look for further contemporary music-drama engagements with the San Francisco Symphony.
Posted by Mark Alburger at 9:00 PM