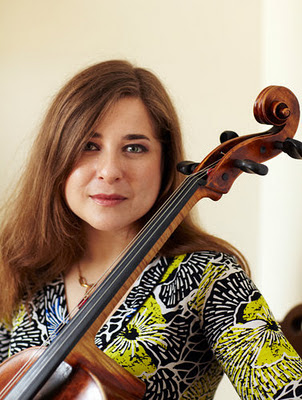 The MacArthur Foundation has never attached the word “genius” to its annual grants to exemplary scientists, scholars, researchers, writers, artists, composers and other creative Americans. The term “genius award” seems to have sprung up in the news media soon after the first grants were given, in 1981, and the nickname has stuck. The program simply provides a fellowship, with recipients (some 20 to 40 each year) receiving $500,000 each, no strings attached, paid in quarterly installments over five years.

Who is a certifiable genius? What exactly does that mean? Though the term is invoked in the arts probably more than in any of the other fields from which the MacArthur Foundation chooses fellows, you could argue that defining genius is a more elusive proposition in the arts than in the sciences. There are accepted protocols to certify that a physicist’s research has broken new ground and has advanced understanding. Not in the arts. So what might the foundation be looking for when it evaluates musical accomplishment and potential?

I raised the question in separate telephone interviews with 2 of the 22 new MacArthur Foundation Fellows announced last month, the only recipients to come from classical music, and both New Yorkers.

One is the cellist Alisa Weilerstein, 29, an exciting and adventurous performer. . . . Weilerstein’s debut recording next year as a Decca artist will present her in Elgar’s Cello Concerto, bracingly paired with Elliott Carter’s Cello Concerto (2000), with Daniel Barenboim conducting the Berlin Staatskapelle.

The other fellow from the classical music sphere is Francisco J. Núñez, 46, the founding director of the Young People’s Chorus of New York City, which has introduced children from wide-ranging ethnic and economic backgrounds to the joy and discipline of choral singing. Some 1,200 children participate in the group’s programs and tours each year. For the last decade, through the group’s Transient Glory project, Mr. Núñez has commissioned diverse composers, including major figures, to write works for children’s chorus.

There was much to discuss with Mr. Núñez and Ms. Weilerstein, but I could not resist teasing them a bit about their new genius status.

“No, no, I don’t really feel like a genius,” Mr. Núñez said. “But I definitely feel a little taller.” Fair enough. But on its Web site, the understandably proud Young People’s Chorus does have a prominent news item announcing that Mr. Núñez received a “prestigious 2011 MacArthur ‘Genius’ Fellowship Award.”

The foundation provides fellows with talking points for frequently asked questions, Ms. Weilerstein said. And sure enough, the question most asked is, “Do you feel like a genius?” One of the suggested answers resonated with Ms. Weilerstein’s opinion that the term actually “limits the scope” of an artist’s achievement.

“Obviously there is natural talent,” she said. “But you accomplish things only by working extremely hard.” The word genius suggests that an artist need only slip into genius mode and out comes the finished product. “Also,” Ms. Weilerstein added, “the award recognizes that our work isn’t done. I’m a perpetual student.”

The foundation, in a news release, states that the fellowships are given in recognition of a recipient’s “originality, self-direction and capacity to contribute importantly to society.” Among the artists in classical music who have received these fellowships in recent years, several common threads emerge.

There are the musicians who cross genres and styles and break down categories; the performers who champion contemporary music; and those artists who excel at communicating with audiences and bringing music to people who have been left out of the cultural loop, especially in poor neighborhoods.

The composer John Zorn, a 2006 fellow, who has drawn from jazz, punk, klezmer, film, cartoon and classical styles, was cited for music “that defies convention and explores the spaces between and among genres.” The dynamic violinist Leila Josefowicz, a 2008 fellow, was hailed for “stretching the mold of the classical violinist in her passionate advocacy of contemporary composers and their work.”

The conductor Marin Alsop, a 2005 fellow, who has been the music director of the Baltimore Symphony Orchestra since 2007, was honored for her “masterful technique” and “visionary programming” and her “extraordinary ability to communicate both with her orchestra and audience.” The soprano Dawn Upshaw, a 2007 fellow, was called a “master vocalist” and praised for “breaking down stylistic barriers and forging a new model for a performer who is directly involved in the creation of contemporary music.”

In jazz there is Dafnis Prieto, a percussionist and composer, who was one of this year’s fellows (the only other musician besides Ms. Weilerstein and Mr. Núñez). Like the classical music designees, Mr. Prieto is cited for the breadth of his scope, for melding “modern jazz harmonies, Cuban clave rhythms, other Latin and African influences and funk-inspired arrangements” into works of teeming diversity.

All these artists are highly skilled and deserving. Yet with its emphasis on pushing boundaries, transcending categories and contributing to society, the foundation is implicitly acknowledging that these valuable attributes are easier to discern than, say, who is the finest young cellist, based on technical skills, musical insights and interpretive dynamism, which are subjective calls.

Classical music has for too long (and I think, unfairly) been perceived as a specialized art form. Of course it is crucial for composers and performers to reach out, to connect with music and musicians from other genres. Virtuosity and excellence are not enough.

Still, there is a tendency in classical music to overvalue cross-stylistic and genre-blending work. Composers who draw from and mesh widely diverse styles receive immediate credit for doing something daring, as are performers who present their works. It can be much harder to recognize the boldness of a composer who adheres to a specific style and idiom. In the early years of the program, the MacArthur Foundation made a point of singling out some unapologetically modernist composers who had scant interest in stylistic crossbreeding, like Milton Babbitt, Ralph Shapey and Charles Wuorinen.

But this is more an observation than a complaint. Any fellowship that recognizes the vibrancy of an idealistic musician like Ms. Weilerstein or the important work that Mr. Núñez has been doing far from circles of celebrity deserves a salute from everyone in classical music.

So, what are they going to do with the cash?

Ms. Weilerstein said she was relieved that the first installment would not arrive until January. “I haven’t come up with a solution as of now,” she said. “I’m still in the overwhelmed and shocked phase. It’s a huge amount of money and a huge responsibility.”

She recently performed Dvorak’s Cello Concerto with Ms. Alsop and the Baltimore Symphony. She is impressed, she said, that Ms. Alsop used some of her own fellowship as seed money for ORCHKids, the Baltimore Symphony’s after-school educational program aimed at creating social change through music training for children in Baltimore. “Projects like that totally inspire me,” Ms. Weilerstein said.

A MacArthur fellowship offers an artist the chance to think big, Mr. Núñez said. But big could easily become overblown. “Do I fake myself out and come up with the next new concept?” he asked. “Or do I just be myself? I believe in myself and my past.”

His tours with the chorus have profoundly affected him, he added. “When I take children to places from Rio to Tokyo, they come back so much bigger,” he said. “I want more of that.”

Born in New York, Mr. Núñez moved with his parents to the Dominican Republic, where his mother, a factory worker, was his first piano teacher. When his father died, he and his mother returned to New York and faced hardship.

“I’m from poverty, a single mother earning $8 an hour,” Mr. Núñez said. “I want to fight poverty through music. I know that sounds romantic, but I’ve seen it happen.” Music, he added, “brought me out of the barrio.”

That is certainly thinking big. And more power to him. But I was equally touched by what the self-effacing Ms. Weilerstein said about making a contribution through her work.

“Hopefully what I do by playing concerts and being the best artist I can be,” she said, “is a contribution to society.”