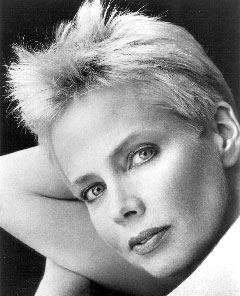 Sometimes a phone interview is the way to go, even if you live in the same town.  And so it was on a rainy Friday afternoon this past December that San Francisco-based composer and cellist Joan Jeanrenaud and I "sat down" for a chat about her latest music theatre collaboration, Your Body Is Not A Shark (January 11-13, San Francisco;  17-20, Santa Cruz).  The celebrated and much-sought-after musician was the Kronos Quartet's cellist from 1978 until 1999, when she "retired" due to having been diagnosed with multiple sclerosis, which she's been successfully battling ever since.  With such a broad musical history behind her, plus a solo career as a composing and performing cellist and music theatre collaborator before her, it's hard to know how to begin.  But how did it feel to play and record the second cello part in Vladimir Martynov's Schubert-Quintet ("Unfinished") after Schubert's Quintet in C, D.956, with Kronos two years ago? "We had so much fun. I really enjoyed playing with them again. It was like I'd never left," she recalls in a voice which still has a tinge of her Memphis, Tennessee roots.  "And I've always loved the cello because it's such an expressive instrument, and composing -- though I'd never thought of being a composer before --  became a way of being really involved in music and playing."

Her current music theatre adventure seems to have as many texts and sub-texts as music itself.  The focus of the project, which involves three other women -- Cid Pearlman, choreographer; Denise Leto, poet; and Maya Barsacq, who conducts seven string members of the chamber orchestra, Cadenza, in Jeanrenaud's score -- is human fragility, in both body and spirit. That should be something everyone can relate to, or as the composer puts it "all of us have issues to deal with and the interesting thing is how you take that and make it your own," which in her case means living with MS, which felled conductor-pianist Daniel Barenboim's cellist wife Jacqueline Du Pre, but also involves Leto, who's disabled, and whose words will be projected as she writes.  The piece casts the net even further by using a dance company of six, which ranges in age from 18 to 62, and Jeanrenaud says that the navigation of Pearlman's moves will naturally be more effortful for the 62-year-old.  The ten-section piece, which the composer calls "a collage of interesting elements," will also feature ace new music percussionist William Winant, "and there are a couple of sections of just me and Willy which are quite rhythmic."

There's a strong visual look as well. "One piece has the orchestra creating a bed of sound, and there are staging elements like a bed platform that moves around.  Stairs and chairs are used, and there's a desk where Denise will be seated while the audience watches her."  Jeanrenaud has also added sound files to her score, which though not a visual element, will likely add both space and sonic weight to this intensely collaborative whole.  It's an ambitious and hopefully pertinent work for our increasingly fragile time where everybody either puts on a tough face or gets in touch with what's really happening around and in them.  But one thing's certain: the composer-cellist is one of the most gifted musicians of her generation, and like any true artist, or human being for that matter, she's here to learn.  She put it this way in a firming up e-mail regarding her time with the great French cellist Pierre Fournier who was renowned for the elegance and depth of his playing.  "Working with Fournier was a great transition from being a student to becoming a professional musician.  My lessons were very clarifying regarding technical issues I would be uncertain of in my own practice. It was wonderful working with him! "
Posted by Mark Alburger at 9:00 PM