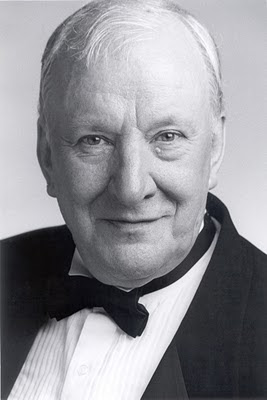 Richard Rodney Bennett: The Mines of Sulphur. Vocal soloists and Glimmerglass Opera Orchestra, conducted by Stewart Robertson. Chandos. When the Glimmerglass Opera in Cooperstown, N.Y., suddenly found itself facing a hole in its schedule for the summer of 2004, Stewart Robertson, the music director, urged the company to present The Mines of Sulphur by the English composer Richard Rodney Bennett. Mr. Robertson had been championing this little-known work since attending its 1965 premiere in London. His advice proved sound. The Mines of Sulphur, a gothic murder mystery with a taut libretto by Beverley Cross, was the surprise hit of that Glimmerglass season. The work will be presented at the New York City Opera next month. Just in time, Chandos has released the work's first recording, made live at Glimmerglass and conducted by Mr. Robertson. It's an exciting addition to the discography of 20th-century opera. Set in 18th-century England, in a deteriorating manor, the opera tells of Boconnion, an army deserter seething with class resentment. Abetted by Tovey, a wily tramp, and Rosalind, a seductive Gypsy, he murders the sanctimonious landowner Braxton. As the ruthless conspirators celebrate their newfound wealth, some itinerant actors appear, seeking shelter. Boconnion houses them on the condition that they perform their newest work, The Mines of Sulphur. But he is horrified when the play echoes his murder of Braxton. Though just 28 when he composed this work, Sir Richard showed a sure grasp of dramatic pacing and an intuitive feeling for character. He confidently adapted the 12-tone idiom to his distinctive musical and dramatic aims, reining in a wayward Bergian language with ravishing moments of tonal mooring. The vocal writing shifts naturally between sputtered outbursts and ruminative lyricism. The excellent cast is headed by Brandon Jovanovich (Boconnion), Kristopher Irmiter (Braxton), Beth Clayton (Rosalind) and James Maddalena (Tovey). Mr. Robertson conducts a vividly colored and inexorable performance" [Anthony Tommasini, The New York Times, 9/18/05]. 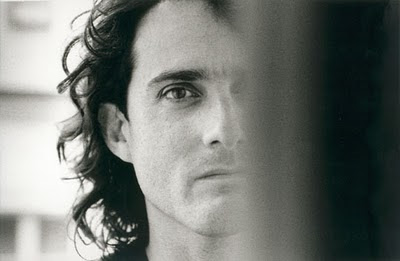 David Chesky. Violin Concerto. The Girl From Guatemala. Flute Concerto. Tom Chiu, violinist; Wonjung Kim, soprano; Jeffrey Khaner, flutist. Area 31, conducted by Anthony Aibel. Chesky. "David Chesky writes concert works influenced by jazz and Latin music, and works in Latin forms with undercurrents of North American and European classicism. He has the luxury of releasing his music through a family-run label that specializes in classical music and jazz, but don't write his discs off as vanity projects. The music on this new one is deftly orchestrated and full of original ideas, and Mr. Chesky has enlisted superb players, including Jeffrey Khaner, the principal flutist of the Philadelphia Orchestra, and Tom Chiu, a New York violinist who has become prominent in new-music circles. The three pieces here -- two virtuosic, lyrical concertos and a vocal work -- combine a gritty sophistication with a street-level energy and currents of exotic folkishness. All three include flamencolike clapping and stamping, an effect that could grow tiresome if it weren't used so inventively, both as a quirky alternative to conventional percussion and as a tightly intertwined line of rhythmic counterpoint. The Violin Concerto begins with a consonant, naïvely poplike chord progression, but the bouncy opening quickly shatters into a spiky, vigorous deconstruction. Mr. Chiu gives its slow movement the shape and intensity of a dramatic monologue, and he summons considerable energy for the finale, which weaves 12-tone themes into rhythms and textures drawn from the last movement of Bach's ''Brandenburg'' Concerto No. 3. The Flute Concerto heads in different directions, often taking on an accent of mid-20th-century French urbanity but sometimes borrowing Brazilian moves as well. Its lyricism suits Mr. Khaner's sound, but he seems equally at home in the music's rougher moments, including its explosively rhythmic finale. Mr. Chesky's vocal writing in The Girl From Guatemala, a setting of a poem by the Cuban writer and revolutionary José Martí, glides between Mozartean gracefulness and contemporary angularity. Wonjung Kim, the soprano, sounds comfortable at either extreme" [Allan Kozinn, The New York Times, 9/18/05].
Posted by Mark Alburger at 6:00 PM