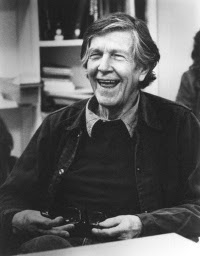 American premiere of Alfred Schnittke's Symphony No. 9 given by the Juilliard Orchestra and Dennis Russell Davies. Avery Fisher Hall, New York, NY. "Notes are only approximately positioned on the staffs, and their stems are shaky squiggles. Bar lines veer off at a slant. The handwriting, at times nearly illegible, is clearly pained. 'It's a testament by someone who knows he's dying,' . . . Davies said" [The New York Times, 11/7/07].
November 8

Paramore. Roseland Ballroom, New York, NY. "Paramore is a fizzy emo band led by a tireless, clean-scrubbed singer named Hayley Williams, who is still a few weeks away from her 19th birthday. . . . The band, from Franklin, TN, was nurtured by the record label Fueled by Ramen (which also nurtured Fall Out Boy and Panic! at the Disco), and the members customarily spend their summers on the Warped Tour. But Ms. Williams knows that the least essential thing about emo is its emoness, so she plays down the emotional turmoil to focus on energy and kicks instead. Misery Business, the band's breakthrough single, must be one of the peppiest revenge songs ever written . . . [S]he is, among other things, a Christian rock star. . . . And while Ms. Williams avoids overtly evangelical lyrics, many of the band's love songs . . . also sound like conversion narratives" [Kelefa Sanneh, The New York Times, 11/30/97]. 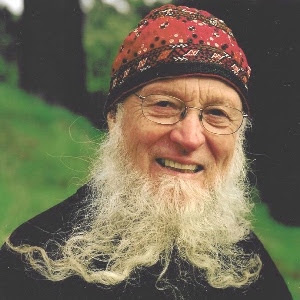 Terry Riley's In C in the Darmstadt: Classics of the Avant-Garde's third annual reading. Galapagos, New York, NY. "[The series] redefined the work as a cross between a late-1960's psychedelic freakout and a more up-to-date extended dance track, complete with an insistently pounding beat. It was the most vital, audacious and energizing performance of the score I've ever heard. . . . The Darmstadt ensemble, heavily amplified, brought together traditional instruments (two cellos, trombone, saxophone, clarinet, toy piano, and xylophone) with rock band's backbone (electric guitar, bass, and drum kit). Also included were the oldest instrument, the voice, and the newest, the laptop computer. The group's four laptops were set up so their keyboards' letters were assigned notes and MIDI timbres, allowing the players -- laptopists? -- to work through Mr. Riley's set of figures like everyone else. Usually the pulse is established by a piano, which holds down the beat with a bell- like tone. Here it was the province of an electronic harpsichord-like timbre (presumably from a laptop) and an electric bass, played assertively by Zach Layton and supported by the drummer, David Justh. Mr. Justh added considerable filigree in the course of the 66-minute performance, none sanctioned by the score, but captivating enough to justify its berth. . . . Supporting the performance, Joshua Goldberg projected computer graphics, based on Mr. Riley's 53figures (and others) on a screen behind the ensemble" [Allan Kozinn, The New York Times, 12/1/07].
Posted by Mark Alburger at 8:00 PM