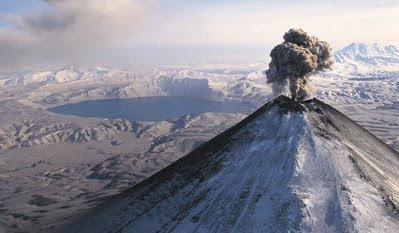 Aaron Copland once said something to the effect that music is pretty much about the melody, and, while this is overdrawn, there is still much to be said about the notion.

The Marin Symphony's Season of the Silver Screen continued on March 30 with a program that was less cinematic but rather more anamnestic.

OK, I admit -- had to google that last word for dramatic effect: it means, according to dictionary.com, "the recollection or remembrance of the past; reminiscence" and it brings to mind the memorability factor in music.

I'm home now. I'm remembering the music of the concert. What do I remember, just off the top of my head, without referring to my notes, but rather, instead, just the notes of the concert that I can remember?

Catchy tune, which I've seemed to know all my life, and indeed the piece was astoundingly only relatively recently re-discovered (1962) at just about the time I was tuning in.

Also memorable was Hai-Yi Ni's animated and elevated playing, bringing a still-youthful demeanor and freshness to the endeavor as well as the experience of a solo career that dates back to 1991.

Keeping on the Aaron Copland citations, this is an actual quote: “A melody is not merely something you can hum.” And this definitely came to mind when recalling the sometimes-impressive efforts of Pierre Jalbert in Fire and Ice, a 20-minute work that comes with a resounding several concluding minutes of excitingly strident percussion that forced its way into the consciousness.

The proceeding "Ice" was an age of stilled strings and shimmering by-now-a-bit-over-used bowed vibraphone strokes that left its own glacial moraine in the mind.

And as for Antonin Dvorak's Symphony No. 7, here's the composer on the subject -- "Wherever I go, I have nothing else in my mind but my new symphony, which must be such as to make a stir in the world, God willing."

And here's the cinematic Herr Rosenberg in Peter Shaffer's Amadeus... "A young man trying to impress.... Too many notes."

And, while this is unfair, and probably irrelevant, and Dvorak was not all that young at 44 when he completed this symphony, still we can hear the composer working hard to astound.

And the Marin Symphony gave it a gorgeous run, from the purely sonorous side of the street. And Dvorak provides symphonic solutions here that are not always the expected ones, and that go beyond some received norms.

Still, what remains? For that, his best symphonic workouts were next to come in his remaining two symphonies.

What lingers in the mind is that the composer had a ways to go. But that the Marin Symphony has come a long way, and continues of late to produce quality concerts on a par with the best.
Posted by Mark Alburger at 10:00 PM