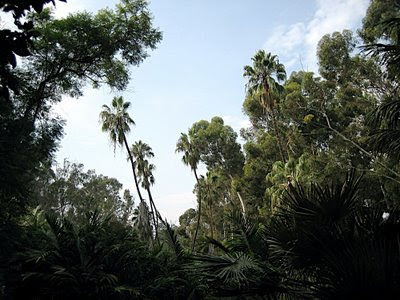 Miya Masaoka (b. 1958, Washington, D.C.) is an Bay Area composer and instrumentalist who performs on the 17-string Japanese koto, often augmenting it with preparations and electronic triggers (as in Koto Monster, where additional laser beams hover over the instrument).

Masaoka's compositions have included unusual sound sources such as hives of bees, or the amplified sounds of human bodies (brain waves, heartbeats. What's the Difference Between Stripping and Playing the Violin? was performed on a down-and-out plaza on San Francisco's Market Street, utilizing an ensemble of dozens of musicians, a pair of male and female exotic dancers, and taped interviews with sex workers.

She has also done performance art utilizing Madagascar hissing cockroaches and bees crawling across her body, in reference to Yoko Ono's Fly.

Masaoka is a founding member of the electro-acoustic improvisation and experimental trio Maybe Monday with saxophonist Larry Ochs (Rova Saxophone Quartet) and guitarist Fred Frith, and married to composer-trombonist George Lewis, with whom she has had a child.

Two recent recordings on Solitary B continue to demonstrate the breadth and diversity of her work.

For Birds, Planes & Cello is characterized as "a continuous field recording with cello." Masaoka notes:

"I am taken with the sounds of the San Diego canyon. Airplanes flying overhead form an elongated rhythm with the quality of ocean waves washing over me. At 5:30 AM, the calls of more than 150 varieties of migratory and native birds are so resounding that one could think of each bird as a little jet plane.

I recorded these field sounds with the invaluable help of Marcos Fernandes in a canyon a few blocks from his home in San Diego. I then recorded Joan Jeanrenaud playing examples of extended techniques that resembled certain frequencies and timbres that I wanted to emphasize in the recording. While she listened to excerpts of the field recording, I asked her to match certain sounds. In the studio, I mixed the acoustic cello material with the intact field recording to create the finished work. This piece was premiered at the Headlands Center for the Arts in Sausalito, California, March 26, 2004."

For a site-specific piece, she is rather coy as to the exact location, which is obviously a fecund one from the avian point of hearing and view. One assumes that the location must be close to the airport, which suggests no particularly near canyon according to maps at hand. The best guess would be the environs of Balboa Park's Palm Canyon, which would have sufficient (much of it being non-native) vegetation to support an aviary, be in the flight-path of mechanical air-traffic, yet somewhat isolated from other noises of the big city. And if this is indeed the location, Masaoka's coyness may be justified, in that a city park may not be legally open at such an early hour...

This is a beautiful piece -- evocative, steady-state dronal minimalism / "environmentalism" which sustains interest over its 54:25 duration, with Joan Jeanrenaud's celloistic sustains blending, intermingling, and reacting to the mechanical waves of sound. The birds chirp and float above, and there is no instrumental attempt to analogize their sounds in a George Crumbian "seagull" or any other manner. Not that this would be a bad thing, either....

After this, While I Was Walking, I Heard a Sound comes off as almost traditional, in the spirit of drones and extended vocal techniques reaching back at least to Gyorgy Ligeti, via Meredith Monk, Kui Dong, and many others. It is an impressive tour-de-force of co-ordinated vocal masses, and both a light-hearted and yet very serious time is had by all.
Posted by Mark Alburger at 10:00 PM