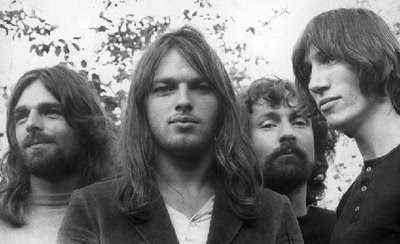 Wright's richly textured keyboard layers were a vital ingredient and a distinctive characteristic of Pink Floyd's sound. In addition, he frequently sang background and occasionally lead vocals onstage and in the studio with Pink Floyd (notably on the songs Time and Astronomy Domine).

Though not as prolific a songwriter as fellow band members Roger Waters (bass) and David Gilmour (guitar), Wright wrote significant parts of Meddle, The Dark Side of the Moon, Wish You Were Here, and The Division Bell.

Wright was born in London and educated at the Haberdashers' Aske's School and the Regent Street Polytechnic College of Architecture, where he met future associates Waters and Nick Mason (drums).

He married his first wife, Juliette Gale, in 1964, and had two children with her, Jamie and Gala.

Wright was a founding member of The Pink Floyd Sound in 1965, and also participated in its previous incarnations, Sigma 6 and The (Screaming) Abdabs.

In the early days of Pink Floyd, the keyboardist was a prominent musical force in the group (although not as much as Syd Barrett, the band’s chief songwriter and front man at the time) and he wrote and sang several songs of his own during 1967-1968. While not credited as a singer on The Piper at the Gates of Dawn, he sang lead on Barret's Astronomy Domine and Matilda Mother, and harmonies on Scarecrow and Chapter 24. His early songs included Remember a Day, Paintbox, and It Would Be So Nice.

As the sound and the goals of the band evolved, Wright became less interested in songwriting and focused primarily on contributing a distinctive style to extended instrumental pieces such as Interstellar Overdrive, A Saucerful of Secrets, Careful with That Axe, Eugene, and One Of These Days. and to musical themes for film scores (More, Zabriskie Point, and Obscured by Clouds).

He also made essential contributions to Pink Floyd's long works such as Atom Heart Mother and Echoes (on which he sang lead vocals) His four compositional collaborations on The Dark Side of the Moon (1973) were Breathe (with Gilmour and Waters), Time (with the previous and Mason, singing lead vocals on alternated verses with the guitarist), The Great Gig in the Sky (with Clare Torry, after she won a legal battle against Pink Floyd), Us and Them (with Waters), and Any Colour You Like (with Gilmour and Mason).

Wright is also credited as composer, with Gilmour and Waters, of the nine-part Shine On You Crazy Diamond, from Wish You Were Here, noting

"It's hard to say but it just happens to be the album for me that from the moment it starts 'til it finishes, it flows, the songs flow into each other and it just has a wonderful feeling in it" [In the Studio with Redbeard, March 1994],

"It's an album I can listen to for pleasure. And there aren't many of the Floyd's albums that I can say that about" [Pink Floyd Legends, 2001].

Wright recorded his first solo project, Wet Dream in September 1978. Battling both personal problems and an increasingly rocky relationship with Roger Waters, he was forced to resign from Pink Floyd during The Wall sessions by Waters, who threatened to pull the plug on the album's tapes if Wright did not leave the band. However, he was retained as a salaried session musician during the subsequent live concerts to promote that album in 1980 and 1981.

Ironically, Wright became the only member of Pink Floyd to profit from those hugely spectacular shows, since the net financial loss had to be borne by the three remaining "full-time" members. He was the only member of the band not to attend the 1982 premiere of the film version of The Wall. He and wife Juliet divorced in that same year.

In 1983, Pink Floyd released the only album on which Wright does not appear with The Final Cut.

During 1984, Wright formed a new musical duo with Dave Harris (from the band Fashion) called Zee. They signed a record deal with Atlantic Records and released only one album, Identity. This was also the year of his second marriage, to Franka

Wright rejoined Pink Floyd following Waters's departure. Because of legal and contractual issues from his "hired gun" status during The Wall world tour, Wright's photo was not included in the 1987 album A Momentary Lapse of Reason and his name was listed in smaller letters than Mason and Gilmour. By the time of the Momentary Lapse world tour and the 1988 live album The Delicate Sound of Thunder, Wright was contractually a member of Pink Floyd once again.

Wright and Franka divorced in 1994, the year in which he co-wrote five songs and sang lead vocals on one song (Wearing the Inside Out) for The Division Bell. This recording provided material for the double live album and video release P*U*L*S*E in 1995. Wright, like Nick Mason, performed on every Pink Floyd tour.

In 1996, inspired by his successful input into The Division Bell, Wright released his second solo album, Broken China, including contributions from vocalist Sinéad O'Connor, guitaristsDominic Miller (known from his guitar work with Sting) and Tim Renwick (another Pink Floyd, bassist Pino Palladino, and drummer Manu Katché.

Wright married his third wife Millie (to whom he dedicated Broken) in that year. Their only child is named Ben. Also in 1996, Wright's daughter Gala married Guy Pratt, a session musician who has played bass for Pink Floyd since Roger Waters's exit.

On July 2, 2005, Wright, Gilmour, Mason were joined by Waters on stage for the first time since The Wall concerts for a short set at the Live 8 concert in London. Wright underwent eye surgery for cataracts in November 2005, preventing him from attending Pink Floyd's induction into the UK Music Hall of Fame. Roger Waters, who was also unable to attend the band's induction due to rehearsals for the opening of his opera Ça Ira in Rome, appeared in video link and stated, tongue-in-cheek:

“Rick actually hasn't had an eye operation, he and I have eloped to Rome and we're living happily in a small apartment off the Via Venuti!”

Wright contributed keyboards and background vocals to Gilmour's On an Island, and performed with the latter's touring band for over two dozen shows in Europe and North America in 2006.

Wright died of an undisclosed form of cancer in his home in Britain on September 15, 2008 at 65. At the time of his death, he had been working on a new solo album, which was thought to comprise a series of instrumental pieces.

No one can replace Richard Wright. He was my musical partner and my friend. In the welter of arguments about who or what was Pink Floyd, Rick's enormous input was frequently forgotten. He was gentle, unassuming and private but his soulful voice and playing were vital, magical components of our most recognised Pink Floyd sound. I have never played with anyone quite like him. The blend of his and my voices and our musical telepathy reached their first major flowering in 1971 on Echoes. In my view all the greatest PF moments are the ones where he is in full flow. After all, without Us and Them and The Great Gig In The Sky, both of which he wrote, what would The Dark Side Of The Moon have been? Without his quiet touch the album Wish You Were Here would not quite have worked. In our middle years, for many reasons he lost his way for a while, but in the early 90's, with The Division Bell, his vitality, spark and humour returned to him and then the audience reaction to his appearances on my tour in 2006 was hugely uplifting and it's a mark of his modesty that those standing ovations came as a huge surprise to him, (though not to the rest of us). Like Rick, I don't find it easy to express my feelings in words, but I loved him and will miss him enormously.

Roger Waters's website displayed a picture as a tribute, showing an array of candles and poppies against a black background. Waters stated:

I was very sad to hear of Rick's premature death, I knew he had been ill, but the end came suddenly and shockingly. My thoughts are with his family, particularly [his children] Jamie and Gala and their mum Juliet, who I knew very well in the old days, and always liked very much and greatly admired. As for the man and his work, it is hard to overstate the importance of his musical voice in the Pink Floyd of the 60's and 70's. The intriguing, jazz influenced, modulations and voicings so familiar in Us and Them and Great Gig in the Sky, which lent those compositions both their extraordinary humanity and their majesty, are omnipresent in all the collaborative work the four of us did in those times. Rick's ear for harmonic progression was our bedrock. I am very grateful for the opportunity that Live 8 afforded me to engage with him and David [Gilmour] and Nick [Mason] that one last time. I wish there had been more.

Like any band, you can never quite quantify who does what. But Pink Floyd wouldn’t have been Pink Floyd if [we] hadn’t had Rick. I think there’s a feeling now -- particularly after all the warfare that went on with Roger and David trying to make clear what their contribution was -- that perhaps Rick rather got pushed into the background. Because the sound of Pink Floyd is more than the guitar, bass, and drum thing. Rick was the sound that knitted it all together... He was by far the quietest of the band, right from day one. And, I think, probably harder to get to know than the rest of us... It's almost that George Harrison thing. You sort of forget that they did a lot more than perhaps they’re given credit for.
Posted by Mark Alburger at 9:00 PM