Michele Hozer and Peter Raymont. Genius Within: The Inner Life of Glenn Gould. Lorber Films. "The Canadian pianist Glenn Gould, who died at 50 in 1982, has been a figure of fascination since he burst onto the classical music scene, with startling virtuosity and an unusual brand of flamboyance, in the 1950s. His interpretations of the piano repertory — the work of Bach in particular -- were fresh and provocative, and his self-presentation was both matinee-idol charismatic and winningly odd. As Gould’s celebrity grew, some of his peculiarities became as famous as his playing. He insisted on sitting in a special low-slung chair, so that his long arms seemed to angle upward to the keyboard. He wore scarves, gloves and overcoats in all kinds of weather. He rambled charmingly in interviews and hummed loudly onstage. In 1964, after a triumphant tour of the Soviet Union and ecstatically received concerts in Europe and North America -- and in the wake of a controversial performance of Brahms’s First Piano Concerto with Leonard Bernstein at Carnegie Hall two years earlier -- Gould stopped performing in public. His belief that the recording studio allowed for greater artistic expression and a deeper exploration of music seemed radical, even outlandish at the time, but proved to be prophetic. And his celebrity did not wane after this withdrawal, though his reputation for eccentricity grew. Nearly 30 years after his death he remains an object of fervent and passionate admiration, especially in Canada. His vocation was the interpretation of other artists’ work, but Gould acquired a reputation for originality unusual among classical musicians. Peter Raymont and Michèle Hozer’s new documentary, “Genius Within: The Inner Life of Glenn Gould,” advances the claim that its subject was one of the most important artists of the 20th century, and while this idea is more often asserted than argued in the film, the filmmakers nonetheless supply a scrupulous, candid and eye-opening account of his life and times. Though he grew averse to playing the piano onstage, Gould was not shy about giving interviews, and this documentary is suffused with his chatty, witty and brilliant personality. The more difficult aspects of his personality are attested to, always with great affection, by friends, fellow musicians, collaborators and two of the women who shared his life. But the film is careful not to be too critical of its subject or to stray too far into speculation about the inner life that is its ostensible concern. Much recent discussion about Gould has tried to place him not only in the pantheon of classical musicians, but also on the autism spectrum. His name pops up frequently on lists of famous people believed to have Asperger’s syndrome, but Mr. Raymont and Ms. Hozer leave this area of inquiry unexplored, perhaps not wishing to affix a medical label to their subject’s personality. Instead, that personality is presented on its own terms. Genius Within is a tour de force of archival research and dogged interviewing, and the portrait it presents is remarkably complete. While the playful, cerebral, avant-garde spirit of François Girard’s 32 Short Films About Glenn Gould (1993) might have gone further toward capturing (and mimicking) the essence of Gould’s art, that art is well served in this more conventional documentary. It presents strong evidence that he was not just a gifted instrumentalist but also a hands-on cultural thinker, infusing both his recordings and other projects -- including audio-visual essays like The Idea of North -- with the range and energy of his intellect. His personal life was more chaotic — and also, for many years, a well-guarded secret -- and Genius Within pries into it without undue prurience or sensationalism. Embedded in the center of the film is the story, an Iris Murdoch novel in miniature, of Gould’s affair with Cornelia Foss, the wife of Lukas Foss, the composer and conductor with whom Gould had a mutually admiring friendship as well as a romantic rivalry. Ms. Foss and her two grown children recount the joys and difficulties of living with Gould, and while Gould’s own emotions remain out of reach, the glimpses of his affective life enrich the audience’s sense of who he was. A degree of enigma remains, in spite of Mr. Raymont and Ms. Hozer’s thoroughness. But in the end, art is a mystery that no biography can conquer, in part because every artist’s goal is to transcend the limiting circumstances of individual experience and touch something larger. Which is why a film like this one, expansive though it is, can only feel small in comparison to its subject" [A.O. Scott, The New York Times, 9/9/10] 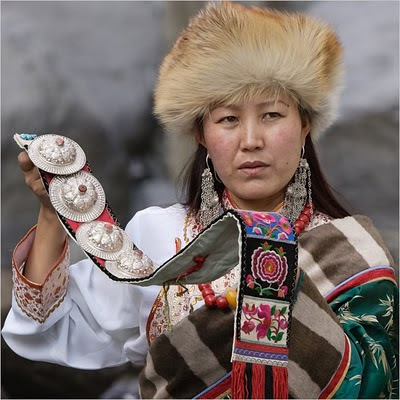 Ngawang Choephel. Tibet in Song. "Ngawang Choephel, a Tibetan musicologist who was imprisoned by the Chinese for more than six years, would have had a compelling film had he simply stuck to his own remarkable story. But his documentary, Tibet in Song, is doubly powerful because he also weaves in the overall history of Tibet’s struggle, a primer on the Chinese government’s campaign to muzzle Tibetan culture and vignettes from other Tibetans who resisted. Mr. Choephel left Tibet with his mother in the years after the Chinese invasion of 1950, growing up in India, where other refugees implanted in him a love of traditional Tibetan songs. He returned to Tibet in the 1990's to try to capture this musical history on tape, but the Chinese had a head start of several decades. 'The first music I heard was Chinese Communist propaganda and Chinese pop songs,' he recalls of his arrival in Lhasa, Tibet’s capital. 'It was an unexpected, alien sound and seemed to be following me wherever I went.' He had better luck finding traditional singers in the countryside, but he was only partway into his recording efforts when he was arrested and jailed as a spy in 1995. One of the more touching aspects of this film is his account of his mother’s tireless campaign to have him freed, which finally paid off in 2002. Persistence, it seems, runs in the family" [Neil Genzlinger, The New York Times, 9/23/10].

Posted by Mark Alburger at 7:00 PM