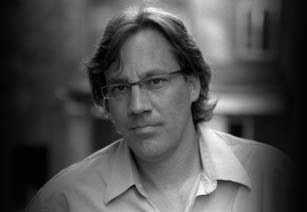 Composer Kamran Ince straddles two worlds both imaginatively (as a child of a bicontinental couple, he was born in Montana, and grew up in Ankara) and literally, with simultaneous faculty appointments in the USA and Turkey. He has had a stream of recent releases on Naxos, including his Second, Third, Fourth, and Fifth Symphonies, and the Concerto for Orchestra, Turkish Instruments, and Voices. We spoke by Skype on March 22, 2010.

MOORE: Was there music in your family while you were growing up? Were there uncles and aunts who were musical?

INCE: My father loved music, almost too much. When he was twelve, he wanted to go into music, but there is a conservatory system in Turkey, and at age twelve it was already too late for him. He was a very creative guy, and was constantly listening to classical music, and would take me to concerts when I was a little kid, although I would sleep through most of them. My mother had a beautiful voice. She sang with the St. Olaf Choir, but did not continue singing after that. Beyond that, my Turkish grandfather used to play the tambur, a sort of lute with a long body (I am half-Turkish, half-American). While I was in elementary school I played with mandolin a little. My father saw this, and before you know it I was taking the entrance exams to the conservatory. Most kids there don’t have any musical background, so they give a very extensive ear test, and look at your fingers, your mouth, your height, and decide what instrument you will play. They told me that I would play cello. And they were right -- cello was the correct instrument for me. So I started on the cello, and was doing very advanced solfege at the Conservatory. We had a family friend who was one of the foremost composers in Turkey at the time, although he was not really well-known outside the country -- Ilhan Baran. He would come three or four nights a week for dinner at our house, and would give me assignments to write. I would write them, and it ended up being that I would write a little piece for the cello almost every day of the week. I couldn’t go out and play until I had finished that.

MOORE: How old were you at the time?

MOORE: Since you mentioned cultural differences, perhaps you could say a little about Turkish culture, and how it differs from American culture.

INCE: It’s not just the culture, but the feel of the country. Turkey is like the old "Wild, Wild, West." It’s kind of wild; it’s tense. I don’t think people are ultimately all that different. Turkey is much more into family and family ties. It’s more chaotic there -- you have a greater contrast in people’s existences, since the distribution of wealth is different. In the urban areas people are Muslims in the same way that Italian are Catholics. It’s a very modern, urban kind of life. If you go to the villages life is much more conservative -- people marry much earlier, they look different, they dress in more traditional clothing. Five times a day you will hear the call to prayer. In the old days, in the United States, you probably heard church bells, which you don’t hear anymore. But there you do hear the call to prayer. It’s a life that’s on the edge, people have less security, people live more for today -- traffic is much more chaotic. There is indigenous music throughout the country. You have the Black Sea, the Balkan, East, which becomes Caucasian, the Southeast, the Aegean, Central Anatolia -- the food from all these places is different. It’s an earthquake zone, so the topography is wild, with mountains and hills. And in the old days, the contrasts were much greater. I was born in America, in Montana, but I went to Turkey when I was seven. When I returned to the USA, when I was 20, I went directly to Los Angeles, and at that time, the differences were so big.

MOORE: Where was your father from?

INCE: He grew up in Ankara, the capital, which is organized. Istanbul is wild, wild, wild -- like New York, with more wild. I go there, and half of my time is spent figuring when I can go to avoid the traffic. Because what happened to the Ottoman Empire, and how it ended, there was a big denial of the cultures of the East. I grew up with this, and of course it was very artificial. It wasn’t right. Even today there is a type of music in Turkey called arabesk, which is influenced by Arabic music, and all the intellectuals put it down. Five million people love this stuff, and there are some incredible effects in it. There is a lot of dogmatic thinking in Turkey: this is one of the biggest differences. “It has to be this way, it has to be that way. You can’t do this, you can’t do that.” It’s changing a lot, but I grew up with that big time when I was in Turkey. In the U.S., you can listen to what you want to, do what you want to do, become a member of the Communist Party -- whatever. In Turkey, there are sides, and very strong sides. All the feelings are very strong. I can’t say of any music that it is bad -- there may be two or three measures that are incredible, but this sort of categorization does not only belong to culture in Turkey, but can be found in everything -- politics, religion -- with the division between secular and more religious people. Life in America is more unified, more peaceful, more comfortable. I was talking with a friend recently about the differences between Turkey and Greece. In some ways they are very similar, but Greece is very quiet, doesn’t have much population, whereas Turkey has this amazing chaotic energy. You can realize the wildest ideas in Turkey, but the simplest things are very difficult to do. For instance, Istanbul Technical University commissioned me to write a piece for their 225th anniversary. I was talking to the president of the university about musical education in Turkey, and said, yes, there is graduate education in music in Turkey, but only on paper, nothing of real quality. And she said, “well, what would have to be done?” And I explained. And a month later she came to me and said “Would you like to do this?” “What do you mean?” “Establish a school.” “Six years from now?” “No, next year.” My American friends said it’s crazy, it’s impossible, you can’t do it. But she said, no, if we wait five years, we will simply wait five years, and do it then. And that’s how everything is done. And we did it. It was successful, we have huge private donations... you can’t do something like that in the United States. And in Turkey you can have a soccer team commissioning a symphony. That doesn’t happen here in the U.S.A.. On the other hand, to pay your overdue telephone bill -- that’s very difficult.

MOORE: Is there a particular style of Turkish folk music that particularly appeals to you?

INCE: No, it’s really the essence of them all. For instance, three years ago the Netherlands Wind Ensemble came to Turkey with the Queen for a state visit, and I had worked with them before. They asked for an arrangement of a Turkish folk tune. I found a website with tens of thousands of folk songs from all the parts of Turkey, and I thought that most creative ones came from central Anatolia, but I also liked the music from the Black Sea, and the Balkans, and what the Gypsies (who are called Romans in Turkey) do. The slow dance from the Aegean, in 9/4... I like them all. I arranged something that was more Balkan, actually. I love all of that, plus the court music, which in Turkey is simply called classical music, with a history of composers since the 17th and 18th Centuries. One of the important ones is Dede Effendi [Hammamizade İsmail Dede Efendi (1778-1846)]. I have been listening to a lot of his music, because there may be a project where we will play a piece of his for a traditional group, I will write a piece for orchestra and the traditional group, and we will go back and forth.

MOORE: It sounds like from what you are describing that the wealth of musical possibilities would be far larger in Turkey than in the United States.

MOORE: A question about style: you studied at Oberlin, and then at Eastman. Perhaps you were in a good place as someone from where the environment was one of conservative nationalism to go to someplace where the language was that of the New Romanticism.

INCE: Yes, perhaps in a way. What was going on in Turkey was nowhere close to New Romanticism.

INCE: I doodled with all of that at Oberlin, experimenting, going really wild. Oberlin was a great place to go, and after that Eastman was a very good place to go. And going to Rome brought me closer to Turkey. The places that I have been worked very well for my development.

MOORE: You have also been fortunate to have been able to write frequently for large ensembles, in contrast to many contemporary composers whose work is usually heard with chamber ensembles.

INCE: Absolutely. I am at home being an orchestral composer, a chamber or large ensemble composer. I am pleased to have had these opportunities.
Posted by Mark Alburger at 10:00 PM