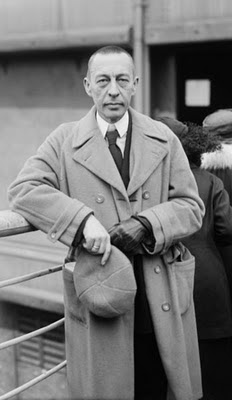 Richard Strauss, Sergei Rachmaninoff, Ludwig van Beethoven. Not exactly headliners to light my new-music fire, as we settled down to potential sonambulance for the opening of the Marin Symphony at Veterans Memorial Auditorium. But, then again, in their respective days, these guys did not make their money by putting their audiences to sleep. And on October 3 -- anywhere from roughly 60 to 180 years after said composers' respective deaths -- conductor Alasdair Neal, piano soloist Joyce Yang, and the gang proved that dead men can still dance, in a persuasive and mostly-professional program that stirred hearts and heads.

"Dead Can Dance" was not inappropriate for Rhapsody on a Theme of Paganini (Introduction and 24 Variations), since Rachmaninoff partly based his arguably-most-wonderful-of-his compositions not only on the Faustian virtuoso violinist Niccolo but also the notorious Thomas of Celano "Dies Irae" ("Day of Wrath") medieval sequence. Keyboardist Yang put her all into this fiery and voluptuous music, highlighting the notion that, contrary to even the composer's (and certainly his critics') perception, this is not particularly unprogressive music. While solidly rooted in the romantic tradition, there is no way this can really be perceived as a merely 19th-century (rather than 20th) endeavor -- in a heightened, self-concious neoromanticism that is over-the-top lush, surreal, skeletal, and even jazzy through its various incarnations. Pianist, director, and orchestra made the most of every moment.

OK, so that was a little much. But so is the music.

And what can be said of Beethoven? The Sympony No. 5 is a defining cliche of classical music, its place on the cusp of romanticism unquestioned. But what is old now was new then in so many ways, and Neal captured some of that excitement, where an exposition must be repeated, a trombone must be wailed, and a piccolo must piercing over the top of the texture. This was early 19th-century head-banging music, and even the old (but living) guys in this current audience responded with their own rhythmic shakings of the arms and tapping of the toes.

It was surprisingly refreshing and exciting.
Posted by Mark Alburger at 10:00 PM