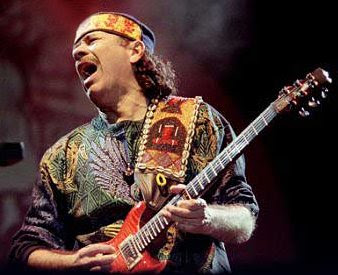 Call of Duty: Black Ops (characterized by the Entertainment Software Rating Board as featuring "blood and gore, intense violence, [and] strong language") sold seven million copies in its first 24 hours.

Naranda Michael Walden and Carlos Santana opened the Oakland East Bay Symphony season and packed the Paramount Theatre on November 20-21, with arena-rock whoops and clap-alongs. It clearly was a smash success, from fundraising and audience-building points of view. Makes you wonder why the organization would bother with Johannes Brahms, Gustav Holst, and John Adams the rest of the year. Oh, sorry. No John Adams.

Great set-up, however: the orchestra splayed downstage left strings and upstage right woodwinds, brass, and percussion; with a colorful flower array for conductor Michael Morgan's podium, and equally colorful piano, electric keyboard, grand-slam drum kit, and elevated guitar downstage right center. This -- plus an engaging light show, and eventual amplified vocal soloists at front and chorus behind strings -- all made for potential scenic and sonic divertissement.

The opening Arturo Marquez's Danzon No. 2 was the only concession to art music, from a Mexican-American composer true to his roots whose energetic work also includes the influences of Morton Subotnik, Mel Powell, and Lucky Mosko. Had to Google this information, as the program only gave biographical information about "Guest Artists," and Arturo clearly wasn't there.

Marquez wasn't the point, however. The point was Santana (who, with the members of the Rolling Stones, is the only individual to have placed pop hits on the charts in each of the last five decades). So let's say "Whoo Hoo," and really start this show, shall we?

This was The Innocents Abroad. And certainly not the first or the last time where an orchestra is mostly conceived as a couple of "string" and "horn patches" to a timbral palette that is really mostly about the sounds of 70's era classic-rock, geared towards listeners who lump the myriad styles of art music into the "genre" of "classical music" yet parse the peccadilloes of pop ad infinitum.

Passacaglia is often the name of the game, although rarely (if ever) verbalized as such -- the default mode being take a bass line / chord progression and cycle same with improvisation above. That was pretty much it for Santana's Novus -- mercifully a ten-bar riff with the guitarist engaging in his signature pyrotechnics above it. Alice Coltrane's Andromeda's Suffering played out in a similar fashion, and in each case one wondered why the orchestra bothered showing up (well, they were nice to look at, at least).

Such pieces reminded one of the really subversive notion of a concerto -- be it in solo or grosso mode. The idea is that the soloist or small group can stand up against the behemoth of an orchestra. Well, in the case of a rock band, no problem, what with the amplification. And the mobility of a guitarist! Marvelous! The soloist can prance around and actually threaten the seated bowed strings with his axe. What an intrigue it would be if the tables turned, as in the end of Disney's Bug's Life, when the numerous ants rise up against the few grasshoppers. Amplify and mobilate the orchestra (a la George Crumb's Processions), and the soloists are buried.

John Kendall Bailey's game orchestration of George Harrison's While My Guitar Gently Weeps was bounded by the arrangement of Santana and Matt Serletic. The bluesy vocals of Nikita Germaine and Company rang out in imaginative interplay with the guitar-master's double-instrument solos in the brave tradition of Eric Clapton.

Walden set the tone of The Enchanted Forest: Seven Higher Worlds of Music with his own flashy white outfit, pompous vocal pronouncements, and first-class pounding percussion. That he held his own with a large almost-substantial work after the previous bon-bons was impressive in itself, and there were definite moments, such as the opening doubling of French horn and chimes, the charming array of young ballet students, mysterious vocalise from a Beethoven's-Ninth-bring-out-all-the-bells-and-whistles chorus, exciting metrical schemes such as a 5/4 as 5/8 + 5/8, and the anthemic build up of a rather quixotic line about love and family (with a stand-in attractive vocal Dad-Mom-Daughter-Son quartet at the mikes, just in case we weren't getting the point) to a memorable melodic ostinato.

From the general-audience and box office point of views, it all totally worked. In the spirit of certain early Renaissance writers: "It hardly seems believable. But there is no music worth listening to that hasn't been written in the last 50 years."
Posted by Mark Alburger at 8:30 PM