Not the Solution He Expected / Mark Alburger 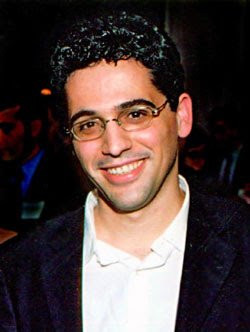 Long time readers will know that this writer defaults to the 20th and 21st Centuries. So why is it that yet again the old guy trumped the newer ones in Alasdair Neal's Marin Symphony November 14 outing at Veteran's Memorial Auditorium?

Well, let's make a list. Beauty, clarity, energy, inventiveness, strength of material, balance between stasis and change, sheer power and excellence in performance -- many of the qualities that make art worth paying attention to, and life worth living.

The trumper was Peter Tchaikovsky's Symphony No. 4. The trumpees were William Walton's Viola Concerto and Avner Dorman's (not) The Shadow.

While the Tchaikovsky is perhaps a textbook case of over-the-top, it's also one of intuitive-yet-logical development, allowing listeners to clearly follow the course of arguments even in the second half of a program when ears had possibly been over-lulled. One can still almost hear Tchaikovsky's thought process at work: how about a third movement beginning with only pizzicato strings, then simply woodwinds, followed by unadorned brass (trumpets mostly playing accurately all night) and timpani, then somehow weaving all three ideas together? Forty years (or thereabouts) after first hearing this piece, and I still picked up new qualities of organization in the fourth movement.

That's how it should be.

And even the over-the-top part. Why not? It works for early Igor Stravinsky and Philip Glass and heavy metal. Audiences want to be blown away sometimes. It's not always about subtle.

But sometimes, it is. Even the notion of a Viola Concerto bears this out -- the non-flashy in-betweener relative of the violin and cello -- and William Walton's bares this out (the list of top-drawer violistic solos is not much longer because of this work). This is not the flashy Walton of Facade (1926), despite that the work was only written three years later (1929). Principal violist Jenny Douglass did her best to bring life to this intriguing work, despite the fact that she is not a globe-trotting showman and the music, particularly in the first movement, is a little arch and leisurely. The scherzoic Vivo has its whimsy, which conductor and soloist brought out nicely, and the finale does its best to sound 1920's modern. Yes, we get the rising fourth motive (admittedly decades before Alexander Courage's Star Trek usage) and the earnest fugato, it's just that we don't always care. Somewhat akin to Richard Wagner's relentless use of the Tristan prelude motive, or Sam Shepard's True West character Austin: "I don't want to know!"

Because, sometimes we can overthink things. Dorman started in a bang-up fashion in his engaging composition "not after" Hans Christian Andersen's The Shadow. An upward rocket, pounding funky-mid-eastern percussion, rapturous textures -- there was not much to not like! The middle section, however, spun out in a rather protracted manner: scale fragments and intervallic oscillations apparently can only go so far (and this said by a critic-composer who is a confirmed post-minimalist!). The end redeemed itself, returning to opening -- yet altered -- material, but overall, one wished for a little less "all-the-music-spins-out-from-initial-gestures" and a little more tangential "where did that come from?" surprise, as the composer so wonderfully demonstrated in the work's outset.

Not the conclusion we might have drawn. The unexpected is inevitably the goal....
Posted by Mark Alburger at 9:00 PM