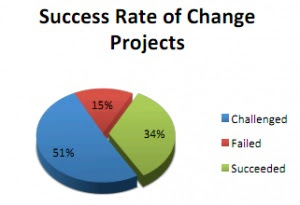 When the Nobel Prize-winning psychologist Daniel Kahneman was a young man, he led a committee to write a new part of the curriculum for Israeli high schools. The committee worked for a year, and Kahneman asked his colleagues how long they thought the rest of the project would take. Their estimates were around two years. Kahneman then asked the most experienced among them how long such work took other curriculum committees. The gentleman pointed out that roughly 40 percent of the committees never finished their work at all. But what about those that did finish? The gentleman reported that he had never seen a committee finish in less than seven years and never in more than 10. This was bad news. They might fail to finish a task that they thought would be done in three years. At best, the project might consume eight or nine years. Yet this information didn’t affect those on the team at all. They carried on, assuming that though others might fail or dally, surely they wouldn’t. As it turned out, their project took eight years to finish. By the time it was done, the Ministry of Education had lost interest, and the curriculum was never used. In his forthcoming book, “Thinking, Fast and Slow” . . . Kahneman calls this the planning fallacy. Most people overrate their own abilities and exaggerate their capacity to shape the future. That’s fine. Optimistic people rise in this world. The problem comes when these optimists don’t look at themselves objectively from the outside. The planning fallacy is failing to think realistically about where you fit in the distribution of people like you. As Kahneman puts it, “People who have information about an individual case rarely feel the need to know the statistics of the class to which the case belongs.”