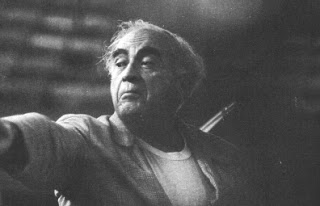 The seventh child of a creole family, Carlos Antonio de Padua Chavez y Ramirez's (June 13, 1899, Mexico City - August 2, 1978) paternal grandfather, Jose María Chavez Alonso, served as governor of the state of Aguascalientes and was ordered executed by Emperor Maximilian in 1864.  Chavez's father, Augustín, invented a plough that was produced and used in the United States, and died when Carlos was five years old.  The youngest of six children, Chavez was brought up by his mother Juvencia, who was well-suited to the task, as she served as directress of the Normal School for Young Women in Popotla.

Carlos began taking piano lessons from his brother Manuel at age nine, and began composing shortly thereafter.  He wrote several simple pieces and was adept at improvisation at the keyboard, studying briefly with Asunción Parra.  During the 1910 Revolution, all schoolteachers were ordered to leave Mexico City, so Carlos and his family relocated to Veracruz.  That same year, he became a student of Mexico’s leading composer, Manuel Ponce.

At age 12 he assiduously devoured Albert Guiraud’s Traité d'Instrumentation et Orchestration and through it learned to read and study the orchestral scores of the masters. He began composing his first symphony at 15, even though at the time he had heard a symphony orchestra only once.

In 1915 he met the man whom Carlos would say developed his musical formation, Pedro Luis Ogazon, who first introduced Debussy’s music to Mexico in 1903.  Through Ogazon, Chávez was largely influenced by the harmonic theory of Juan Fuentes.

On a trip to Mexico City when he was 16, Carlos was narrowly missed by a stray bullet during a skirmish between the warring factions. Nevertheless, the family survived these difficult times, and at the end of hostilities they settled again in Mexico’s capital city.

His family often went on vacations to Tlaxcala, Michoacán, Guanajuato, Oaxaca and other places where the cultural influence of the Mexican indigenous peoples was still very strong.

In 1916, Chavez and friends started a cultural journal, Gladios.

The Sinfonia para Orquesta was completed in 1918.  He also finished his formal studies at the National Conservatory and received a diploma in composition.  In 1920, the firm Wagner y Levien in Mexico City published some of his early Schumann-informed piano music.

After the end of the Mexican Revolution in this year, and the installation of a democratically elected president, Álvaro Obregón (serving from 1920-1924) -- Chavez became one of the first exponents of Mexican nationalist music.

The first public concert of Chávez’s music occurred in 1921, which included his Sextet for Strings and Piano. The performance was well received, and the new revolutionary governemnt shortly thereafter commissioned Chávez to compose a ballet based on ancient Aztec themes.   In El Fuego Nuevo (The New Fire), Chávez incorporated many indigenous Indian themes he recalled from his early years to create a distinctively sonorous orchestral work of seminal import to his future compositions.  Tthe work was turned down by Julián Carillo, director of the Orquesta Sinfónica, and not premiered until 1928 by the Orquesta Sinfónica de México, conducted by the composer.

In September 1922, Chavez married Otilia Ortiz, a fellow student of Luis Ogazón and an accomplished pianist.  Together they toured Europe and endeavored to promote Chávez’s music, from October 1922 until April 1923, spending two weeks in Vienna and five months in Berlin, where his Piano Sonata No. 2 was published by Bote and Bock.

During the eight to ten days that followed in Paris, Chavez befriended composer Paul Dukas who encouraged him to concentrate on the heritage of Mexico, just as Falla had done in Spain and Bartók and Kodaly in Hungary.  Returning to his home country for the birth of their first child Anita, Carlos began organizing concerts of contemporary music at the National Preparatory School and promoted many works never before heard in Mexico -- including whose works by Satie, Schoenberg, Stravinsky, Varese, Honegger, Milhaud, Poulenc... and Chavez.

Some months later, in December 1923, Chavez briefly visited the United States for the first time, returning in March 1924.  During his time in New York, Chavez acquired a taste for the then-fashionable abstract and quasi-scientific music, as is reflected in the titles of many of his compositions then, including Polígonos for piano (Polygons, 1923) and Exagonos for voice and piano (Hexagons, 1924). At the same time, classical tendencies of his early years re-asserted themselves in such works as Sonatina for Violin and Piano (1924).

He joined the staff of the newspaper El Universal in 1924, writing 500 items over 36 years. Threads of overlapping influences continued, with a second Aztec / nationalist ballet, Los Cuatro Soles (The Four Suns, 1925, and the compositions 36 for piano (1925) and Energia for nine instruments (Energy, 1925).

As public reception of his concerts continue to be only lukewarm, Chavez decided to travel again to New York in September 1926.  Leaving behind his wife, daughter, and newborn son Agustín -- he ventured to America with Mexican painter Rufino Tamayo, with whom he shared a flat in Greenwich Village. Chavez soon became friends with both Aaron Copland and Edgard Varese, who assisted him in becoming introduced to the musical shakers of the time. His works began to be heard, and they received favorable reviews.

Having finally achieved his well-deserved acclaim, Chávez returned to Mexico in June of 1928 to accept the post of musical director of the Orquesta Sinfónica Mexicana. Reorganized under his leadership, the orchestra changed its name the following year to the Orquesta Sinfónica de Mexico and became the first stable orchestra in Mexico’s history, flourishing for 21 seasons under Chavez’s directorship. He also was appointed director of the Conservatorio Nacional where he taught composition and inspired a new generation of Mexican composers, among them Candelario Huizar, Silvestre Revueltas, Daniel Ayala, Blas Galindo, Salvador Contreras, and José Moncayo.  Chavez was instrumental in taking the orchestra on tour through Mexico's rural areas.

Also in 1928, Chavez was appointed director of Mexico's National Conservatory of Music -- a position he held for six years.  In that capacity, the composer spearheaded projects to collect aboriginal folk music.  At the same time, Chavez's scientific period came to its culmination in the ballet H. P. (Horse Power, Caballos de Vapor, 1931, a colorfully orchestrated score of ample dimensions and dense, compact atmosphere, notable for its dynamism and vitality, revealing the influence of Stravinsky and at the same time returning to folkloric and popular elements, with dances such as the sandunga, tango, huapango, and foxtrot.

Over the 1930's, Chávez returned to another of the main musical interests of his maturity, prefigured in the juvenilia: the traditional genres of the sonata, quartet, symphony, and concerto.

His six numbered symphonies begin with Symphony No. 1( "Sinfonía de Antígona", 1933), reworked from incidental music for Jean Cocteau's Antigone, itself an adaptation of the Sophoclean' tragedy. Here, Chávez seeks to create an archaic ambiance through the use of modal polyphony, quartal harmonies, and predominant winds.

Such concerns are also contained in Espiral for violin and piano (Spiral, 1934).

At the same time, national tendencies continued in the 1930's, notably in Chapultepec (1935) and Symphony No. 2 ("Sinfonía India") (1936, one of the few works by Chavez to quote actual Native-American themes), and Ten Preludes for Piano (1937).

In 1937, he published a book, Toward a New Music, which is one of the first books in which a composer speaks about electronic music.  In 1938, Chavez composed the Concerto for Piano and Orchestra and conducted a series of concerts with the NBC Symphony Orchestra, during Arturo Toscanini's absence.

Chavez was commissioned in 1940 to compose a work to commemorate an exhibit of Mexican art New York’s Museum of Modern Art, and the result was Xochipilli: An Imagined Aztec Music, scored for four winds and six percussionists, using a variety of indigenous Mexican instruments.

In 1943, Chávez was inducted as one of 13 charter members of El Colegio Nacional and began lecturing extensively on musical subjects.  He also began Ediciones Mexicanas de Música which helped popularize the music of many modern composers.

By 1945, he had come to be regarded as the foremost Mexican composer and conductor.

Shortly after the inauguration of President Miguel Aleman in 1946, Chavez was appointed director of a new administrative body called the Instituto Nacional de Bellas Artes.

From January 1947 until 1952, Chavez served as director-general of the National Institute of Fine Arts. In his first year, he formed the National Symphony Orchestra.

Due to his new responsibilities, however, Chávez had to give up his position with the Orquesta Sinfonía de México, whose charter was dissolved in 1949, and his output of new compositions was also significantly diminished. Perhaps his most notable work from this period was his Concerto for Violin and Piano (1950).

Chávez retired from the Instituto Nacional de Bellas Artes in 1952.  During the 1950’s and 1960’s he received a number of commissions for new works, including three symphonies: Symphony No. 4 (Louisville Symphony Orchestra), Symphony No. 5 (Sergei Koussevitsky Foundation), and Symphony No. 6 (Lincoln Center for the Performing Arts).

In May 1953, he was commissioned by Lincoln Kirstein, director of the New York City center of Music and Drama, for a three-act opera to a libretto by Chester Kallman based on a story by Boccaccio, to be titled The Tuscan Players.  Intended to be finished in August 1954, it was first postponed to April 1955, but only finally completed in 1956, by which time the title had been changed twice, first to Pánfilo and Lauretta, then to El Amor Propiciado.  The City Center waived its rights to the first performance, which was given under the title Panfilo and Lauretta in the Brander Matthews Theatre at Columbia University in New York on May 9, 1957, under the baton of Howard Shanet. Stage direction was by Bill Butler, scenic design by Herbert Senn and Helen Pond, and costumes by Sylvia Wintle. The principal singers were Sylvia Stahlman, Frank Porretta, Craig Timberlake, Mary McMurray, Michael Kermoyan, and Thomas Stewart. The opera would be revised twice more and the title changed again to Los Visitantes (The Visitors), for productions in 1968 and 1973, in Mexico City and Aptos, California, respectively.

From 1958-1959, he was the Charles Eliot Norton professor at Harvard University, and the public lectures he gave there were published as Musical Thought (1961).  In the fourth lecture, Repetition in Music -- he describes a mode of composition already observable in many of his compositions since the 1920's, in which "the idea of repetition and variation can be replaced by the notion of constant rebirth, of true derivation: a stream that never comes back to its source; a stream in eternal development, like a spiral."

He resumed administrative duties in 1969 when he accepted the post as Secretariat of Public Education, and after he had harshly criticized the current teaching methods of the Conservatorio Nacional, Mexico’s new president Luis Echeverría appointed him to develop a comprehensive curriculum for the public schools and bestowed on him the post of Head of the Music Department of INBA and music director of the Orquesta Sinfónica Nacional.  A dispute with the orchestra members’ union led to his resignation from both posts.

His orchestral composition Discovery (1969) was commissioned by the Cabrillo Festival of Contemporary Music.  From the next year to 1973, he served as the Festival's Music Director.

Most of his final years were spent in New York City, as he remained disillusioned with the state of musical life in Mexico.  He took an apartment directly across from the Lincoln Center in 1974, where he resided until his death. He gave his final performance conducting the premiere of his Concerto for Trombone on May8, 1978, in Washington, DC.

Carlos Chavez died on August 2, 1978, while visiting  his daughter Ana in the Coyoacán suburb of Mexico City.

His manuscripts and papers are housed in the Music Division of the New York Public Library for the Performing Arts and in the National Archive of Mexico, in Mexico City.
Posted by Mark Alburger at 10:00 PM