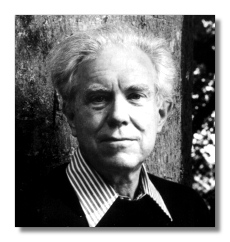 Taka Kigawa plays music of Elliott Carter, Sean Sheperd, and John Zorn.  Le Poisson Rouge, New York, NY.  "It’s hard to put your finger on just what it is that makes the pianist Taka Kigawa a phenomenon. . . .  [O]ther pianists have made a specialty of the demanding modernist works that Mr. Kigawa favors. Webern, Boulez, Xenakis and Stockhausen are among his staples . . . .  And in his considerable technical prowess, Mr. Kigawa is not without peers. . . .  Still, something about his work has attracted a veritable cadre of devoted followers. . . . Having watched Mr. Kigawa at work several times, I have grown convinced that part of what makes him a magnetic attraction is awe: not only in the sense that his skill dazzles the listener, but also in his own evident humility and zeal. Some listeners will intuit more fully than others the exact challenges of this or that work. But anyone can appreciate how the wonder and joy Mr. Kigawa conveys in talking about his repertory during a concert is also manifest in the way he performs it. . . . Kigawa brought all the precision and finesse you could want to John Zorn’s Carny, a Frankenstein’s monster of fleeting quotations, distortions and allusions, bolted together in the manner and spirit of a vintage Looney Tunes soundtrack.  Moody murmurings shift without warning into booming avalanches or cocktail-bar vamping. Wagner’s Tristan chord materializes abruptly, like the Mona Lisa spotted on a video-arcade wall. Here, every detail was in place, but what I missed was a frisson of impudence; Mr. Kigawa seemed too polite to indulge Mr. Zorn’s rude vitality. . . .  Carter’s Piano Sonata, from 1946, is among the stronger expressions of an early Neoclassical phase, its lucid architecture reinforced with Romantic ardor and brilliant color. . . .  [H]e seemed intent on connecting this early work with Carter’s second landmark piano composition, Night Fantasies, completed in 1980. . . . Sean Shepherd’s three Preludes made a striking impression with their economy and individualistic language. In two ghostly outer movements and one prickly, briefly cheeky centerpiece, Mr. Shepherd neatly and poetically explores the piano’s aural resources. Mr. Kigawa was a diligent, compelling advocate.  Night Fantasies . . . was [a] . . . clear triumph. A ceaseless roil of shadowy impressions fleeting and half-sensed, the piece is one of Carter’s grandest, most poetic achievements. With subtlety and finesse, Mr. Kigawa produced a haunting palette of crepuscular shades while providing a sensation of flowing continuity across the work’s full span" [Steve Smith, The New York Times, 8/26/13].

Labor Day Festival.  Bargemusic, New York, NY.  Programs through 8/31.  "The first concert . . . included four world premieres.  But the composer of one, David Del Tredici, insisted that his Dynamic Duo "Farewell" for Violin and Bass Trombone was more than that: a “civilization premiere,” the first pairing -- ever, anywhere -- of those two instruments [not true -- Mark Alburger's Duo Sonata ("Hyphenated"), 1981 - ed.]  'If you go back to the origins of the instruments,' he explained from the stage, “the violin was always treated well and kept indoors on cushions. The trombone was out with the animals in the barn. So it was a social thing: they never got together' [also untrue -- re use of sackbuts / trombones in church, dating back to Medieval music]. . . .  Dynamic Duo was written for Mr. Del Tredici’s nephew, the extraordinarily versatile trombonist Felix Del Tredici, and the violinist Mark Peskanov, who is also the artistic and executive director of Bargemusic. The two instruments got along swimmingly, thanks to the skillful writing that found common timbres in the muted trombone and the high range of the violin’s G string, as well as to the trombonist’s ability to match the nimble articulation of Mr. Peskanov’s violin.  The younger Mr. Del Tredici also performed his uncle’s hair-raisingly virtuosic Felix Variations for Solo Trombone, on the theme of Paganini’s Caprice No. 24, covering, with the help of four different mutes, a range of expressive moods and sonic effects.  Paganini also played godfather to two compositions for three violins -- that, too, a surprisingly rare configuration.  In Colin Jacobsen’s bluesy 13 4 3, based on Paganini’s [Caprice No. 13], the composer was joined by Mr. Peskanov and the violinist Jesse Mills, who took turns carving a rhythmic pizzicato groove underneath jazzy riffs.  In Mr. Mills’s own elegiac 4th Caprice Fantasy, the focus was on rich harmonies and singing phrases.  The flutist Alex Sopp performed alongside the pianist Steven Beck in Russell Platt’s elegant Memoir for Flute and Piano, and alone — but armed with flute, autoharp and loop pedal — in Mr. Jacobsen’s Project Pterodactyl for Solo Flute. That work, Mr. Jacobsen explained, weaves in the sounds of a mockingbird often heard in the Brooklyn neighborhood of Windsor Terrace, where he and Ms. Sopp live.  Mr. Beck’s performance of Oliver Knussen’s Variations (Op. 24) [!] stood out as the most polished of the evening, shimmering with a broad palette of hues and meticulously voiced textures.  A sense of alienation predominated in Mr. Jacobsen’s Vocalissimus, performed by the expressive mezzo-soprano Blythe Gaissert and the pianist Jason Wirth, and in Elizabeth Adams’s What Solidarity Sounds Like, featuring Marianne Gythfeldt on bass clarinet and Felix Del Tredici on trombone.  In Vocalissimus, spiked with gibberish, laughter and sprechstimme, Ms. Gaissert’s dramatic conviction lent a note of Weillian street toughness to an otherwise whimsical part. Ms. Adams roughed up the sounds of the two instruments, which alternated between passages of lively, rhythmic conversation and morose togetherness.  The evening ended with James Nyoraku Schlefer’s Sankyoku No. 1, a piece for koto, a Japanese 13-stringed harp, here played by Yoko Reikano Kimura; shakuhachi, a Japanese flute, played by the composer; and cello, played by Hikaru Tamaki. The blending of Japanese and European chamber traditions with a very American rhythmic propulsion was unexpectedly groovy" [Corinna da Fonseca-Wollheim, 8/30/13].