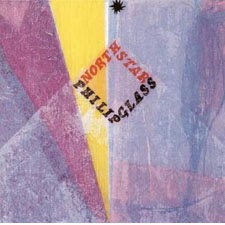 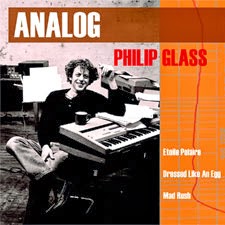 Re-issued as part of Analog (2006)
www.orangemountainmusic.com 0029 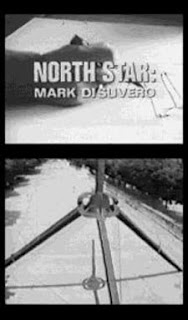 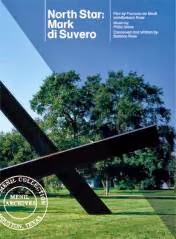 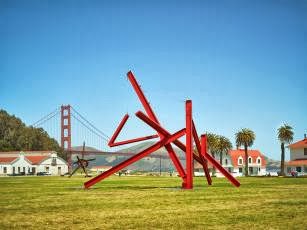 Documentaries about artists and their work are often dry affairs with frequently faceless music.  The subject tends to get lost in artspeak or woozy generalities and the music just marks time.  But Francois de Menil's North Star: Mark di Suvero (1977, re-issued by Microcinema, 2011) is an incisive look at a vital American sculptor, scored by the equally vital American composer Philip Glass.  It's a far cry from one about an academic public sculptor or the imperative towards the future that the New Vienna School and its disciples were driven by, because both artists work squarely in the present tense.  Who looks to tomorrow when today's enough, or as di Suvero puts it here: "The artist has to reject whatever the present society is doing to create the new image, that new form, to discover a new approach to the universe."

Pairing di Suvero with Glass is apt because sculpture, like music -- and music, like sculpture -- exists in space, and is perceived as space-in-time.  We may remember what we saw or heard a certain way, and then see and hear it differently another time.  This is clearly true of Glass's score, which I've known since its original incarnation on a Virgin LP, and which has struck me as obsessively redundant or gloriously fresh, depending on how I listened, in seemingly opposed moments.  The directness and simplicity of the materials is startling -- even mundane -- but Glass's imagination makes it work.  Keyboard vamps punctuate at surprising times.  Nonsense syllables circle each other. The intevallic material sometimes suggests School-of-Paris Perotin, like those long homophonic lines in early Glass pieces such as Music in Contrary Motion (1969), though it's tersely abbreviated here. The brevity of the music and its sometimes industrial sound tease and jolt the ear, and Glass' gift for weight, timing, and color is apparent in this early film score, which counts as his second full one, after Gordon Quinn's documentary Inquiring Nuns (c. 1977).

Film composers are used to having their scores thrown out (Hollywood has trashed about a half dozen of Glass's in the last few years, and Kubrick famously threw out Alex North's for 2001), or having the music they wrote for specific cues end up in entirely different places.  Glass avers that he wrote pieces for di Suvero's sculptures seen in the film; but none of these are heard complete, and many become partial bits for completely different pieces.  Glass may have had an agreement with de Menil to let the director use whatever he wanted for his cuts, with a view to releasing his score as an LP, which, as he notes, has "a different sequence . . . chosen in order to produce an independent and coherent listening experience. "

The music seems to work both ways, and the widely varied cinematography by de Menil, Alon Metzger, and Christian Blackwood situates and reveals di Suvero's work as well as his persona.  The sculptor comes off charming, passionate, articulate and vulnerable, in less than an hour's running time.  And it isn't often that a film and its music leave us with wanting something more, not from lack, but from abundance, squarely glimpsed.
Posted by Mark Alburger at 9:00 PM