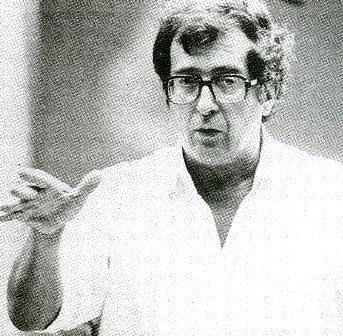 Death of Jorge Liderman (b. Buenos Aires, Argentina, 1957), struck and killed by a train, in an apparent suicide. "A 50-year-old man who was struck and killed by a train in BART's El Cerrito Plaza Station on Sunday morning has been identified as Jorge Liderman, a prominent local composer and a professor in the music department at UC Berkeley. Liderman was struck by a Richmond-bound train at 9:42 a.m. in what appeared to be a suicide, said BART spokesman Linton Johnson. 'It's still under an investigation,' Johnson said. Liderman was a fixture on the Bay Area's classical music scene since joining the Berkeley faculty in 1989. His music . . . was performed regularly both here and abroad, and his discography included almost a dozen CDs. . . . Adam Frey, the group's executive director [of the San Francisco Contemporary Music Players], said that Liderman had been expected to speak at a public run-through of the piece [on February 3] but did not appear. He said Liderman had attended a rehearsal as recently as [February 1]. . . . Johnson said there was no one else on the BART platform when the incident occurred and that the only witness was the train operator. The operator reported that he saw a man standing on the yellow tiles at the edge of the platform and that he honked several times, Johnson said. When the train came to within 5 feet of the man, he jumped in front of the train, Johnson said. In recent years, Liderman's work had been showing up on concert programs with ever-greater frequency. In March, the New Century Chamber Orchestra gave the world premiere of Rolling Springs, and in November, Cal Performances marked the composer's 50th birthday with a concert dedicated to his chamber and vocal music. Much of his music, including the orchestral work Barcelonazo and an hour-long setting of Song of Songs that was premiered in Berkeley in 2002, was influenced by the sounds of his native Argentina and by his Jewish roots. He also drew on the models of Stravinsky and Bartók, as well as more recent masters like György Ligeti and Steve Reich. Among his major compositions was Antigona Furiosa, a 1991 chamber opera that relocated the story of Sophocles' Antigone to the period of military rule in Argentina. Liderman was . . . the grandson of European immigrants. He studied electronics in high school, but soon found himself drawn to music. In an interview last year with The Chronicle, he cited a teenage encounter with the music of tango composer Astor Piazzolla as a formative experience. 'I was blown away,' he said. 'If I had to pick a moment where I thought, 'I have to become a composer,' that would be it.' Liderman attended college in Jerusalem, then came to the United States to earn a doctorate in composition at the University of Chicago. He joined the UC faculty immediately afterward. Despite feeling not entirely at home in academia, Liderman was a dedicated teacher to a generation of student composers. . . [SF Gate, 2/3/08]. Colleagues and students of composer Jorge Liderman struggled [on February 4] to come to grips with the news of his death in an apparent suicide [February 3], just one day before the San Francisco Contemporary Music Players were to premiere his Furthermore, a new chamber concerto for violin. 'I'm still kind of reeling,' said guitarist David Tanenbaum, who collaborated with Liderman on four chamber works. 'He had project after project going on.' 'Jorge's career has just been on an upward swing," said composer Edmund Campion, who taught with Liderman in the music department at UC Berkeley. 'He's been writing music and getting premieres and getting noticed all over.' . . . In a statement issued through a spokesman, Liderman's widow, Mimi Wolff, said, 'Jorge was a wonderful, kind and loving man, a brilliant composer and musician. He had an extraordinary talent for expressing himself through his music. He was a very private person, and everything he wanted to communicate to the public he did through his music.' Whatever pain may have afflicted him, Liderman's friends and colleagues said, he kept to himself. 'We knew that Jorge had problems that he'd been fighting for as long as we knew him,' said Campion. 'But he never shared them and he never complained about them. He kept his composure.' Instead, he continued to compose prolifically, including three string quartets, several large orchestral works and the Aires de Sfarad, a large compendium of traditional Sephardic songs arranged for violin and guitar. The mood was grim at the Berkeley music department office . . . with some students and staffers too distraught to comment. Liderman's is the latest in a series of deaths to strike this small composition faculty, beginning last March with the death at 57 of Professor John Thow, and continuing in December with the death of Professor Emeritus Andrew Imbrie. 'Jorge was a good and attentive teacher, with his door open for hours on end to encourage students to come in,' said ethnomusicologist Bonnie Wade, the department chair. 'He very much enjoyed teaching the craft of composition.'. . . Composer Steve Reich, whom Liderman often cited as an important influence, said, 'Jorge Liderman was a skilled composer and a delightful human being. It's very hard for me to grasp that he isn't here now. I will miss him' [Joshua Kosman, San Francisco Chronicle, 2/5/08].

NASA beams the Beatles's Across the Universe across the galaxy to Polaris. Madrid, Spain. "'Send my love to the aliens,' Paul McCartney told NASA. . . . Apple was happy to approve the idea because it is 'always looking for new markets,' [Martin] Lewis said" [Associated Press, 2/2/08]. Furthermore..., a chamber concerto by Liderman for violinist Carla Kihlstedt and the San Francisco Chamber Contemporary Music Players. Yerba Buena Center for the Arts, San Francisco, CA. "A sorrowful mood, vague but pervasive, lingered in the Yerba Buena Center for the Arts Forum during Monday night's concert by the San Francisco Contemporary Music Players. The only thing that could dispel it was music as bright, vivacious and downright beautiful as Furthermore... . . . In the lobby before the concert, music-lovers -- those who'd known him personally and those who only knew him through his irresistible scores -- greeted each other ashen-faced, with consolatory hugs and murmurs of disbelief. In brief remarks near the beginning of the concert, music director David Milnes called Liderman's death 'both a terrible personal loss and a terrible artistic loss, because the second half of his output is not to be.' . . . In one of the work's wittiest passages, right before the end, the violin launches into a sultry, sinuous burst of tango melody. But the ensemble doesn't get the memo and keeps churning out quasi-minimalist patterns, which now seem endearingly inapt. . . . Even the violinist's cadenza -- a semi-improvised affair that brought out Kihlstedt's most limpid and heartfelt playing -- is in the nature of a conciliatory gesture. . . . [T]here were still other rewards in this program of mostly American music. Clarinetist Carey Bell and percussionists William Winant and Christopher Froh joined forces for a gorgeous, still-voiced rendition of Morton Feldman's functionally titled Bass Clarinet and Percussion. . . . Steven Mackey's Indigenous Instruments, a three-movement quintet from 1989, wrapped facetious and rhythmically punchy free-for-alls around a slow movement that is probably the most alluring music I've ever heard from this composer. Exploring the same oscillating thirds that infuse the first movement, the music unfolds in slow, austere clouds of sound, trippy but never vague. . . . Violinist Graeme Jennings played Brian Ferneyhough's Intermedio alla Ciaconna, followed by Froh's account of a vibraphone solo from Philippe Manoury's Livre des claviers" [Joshua Kosman, San Francisco Chronicle, 2/6/08].

Joan Kwuon and Andre Previn in Sergei Prokofiev's Violin Concerto No. 2 in A. Metropolitan Museum of Art, New York, NY.

Midori and Mac-Andre Hamelin in Toru Takemitsu's Between the Tides (with cellist Johannes Moser), plus the Miro Quartet in the composers A Way a Lone. Rose Theater, New York, NY.

Soyeon Lee, in a dress made of recycled juice containers, in Huang Ruo's Divergence: For Piano and Speaker (recycled from the composer' concerto for five players) and Sergei Prokofiev's Piano Sonata No. 7. Zankel Hall, New York, NY. 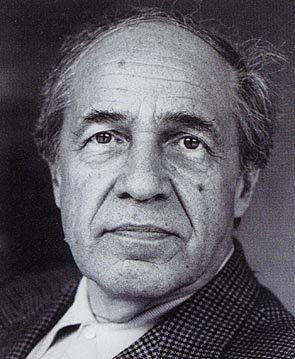 Pierre Boulez conducts the Chicago Symphony in Matthias Pintscher's Osiris and Bela Bartok's Piano Concerto No. 3. Carnegie Hall, New York, NY. "Boulez . . . happily leaves the three B's and most of the M's and S's of the standard repertory to other conductors" [Bernard Holland, NYT 2/28/08].

Network for New Music in Ten for Carter, piano pieces for the composer's 100 years, plus his Triple Duo. Settlement Music School, Philadelphia, PA.
Posted by Mark Alburger at 8:00 PM