Wordless Music...Hitting on Something? / Katherine Buono 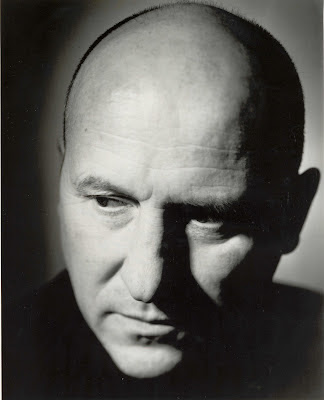 Ronen Givony was working at Lincoln Center a few years ago, when he was startled by the ominous question he repeatedly overheard: "What can we do to get some kids here?" With an average age of "something like 76" in the chamber music audience, Givony decided some serious action was warranted.

And so, in order to sway youth into the concert hall, he created the Wordless Music Series, featuring dozens of concerts since 2006 in a chamber setting with an indie rock flavor. We experienced this innovative project first-hand at the most recent concert on January 17. With artsy downtown hipsters filling the elegant church, the conductor in jeans, and former Talking Heads frontman David Byrne in the audience, we had a sense that Givony is on to something.

Gavin Bryars's The Sinking of the Titanic begins with a simple ocean bell, its percussive metallic sounds somehow suggesting an industrial atmosphere. Reminiscent of a foghorn, an imperfect pedal tone contributes to a soundscape in which non-tonal sound effects are juxtaposed with a beautiful, consonant string chorale. As the work unfolds, one is brought back in time by vintage tape recordings of Titanic survivors, period music, and the chirping of sonar. The music becomes increasingly "warbley" -- an orchestra sinking underwater.

Perhaps most emotionally charged is the entrance of the three female vocalists; the church, with its cross still fully illuminated, now houses angelic voices emulating a British boys choir. The greatness of this work is how Bryars tells this well-known story. Dissonances emerge slowly between musique concrete and strings, and a painfully high-pitched note pans fiercely between opposing speakers. Finally, a warped recording of a music box fades in, a lullaby to eternal sleep. As the orchestra and low tones fade out, the listener struggles to hear the sounds. With a great pause before the applause, hearts pound while bodies remain still. The Sinking of the Titanic is a wonderful example of the cross-polinization of amplified orchestral and ambient music and the church only helps one achieve a complete philosophical immersion into the soul of this horrific tragedy.

Popcorn Superhet Receiver is a string orchestra work by Jonny Greenwood, the lead guitarist of Radiohead, and composer of the score for the recently released film, There Will be Blood. Beginning with an overwhelming swell of cluster tones, intense vibrato, and ominous, near silent clusters, this is a work about white noise. Inspired by the static between radio stations, Greenwood's strings continuously glide between broad-ranging frequencies and captivating unisons. The swirling, harsh static of the violins eventually become a backdrop for the moving bass and almost ethnic melodic line in the cello.

In the middle section, Greenwood expands his love for full-ranging frequencies in an extended pizzicato section reminiscent of Bartok. Complicated pulses and buzzing create an intense drone eventually coalescing into a rhythmically charged melody. The string players, strumming their instruments like ukuleles, emit a vibrancy that, along with abrupt neon lighting in sync with the contours of the music, create a multi-sensory experience.

Though Givony's next project is "to get a lot of sleep this weekend," we anticipate more great things to come. The next performances from the Wordless Music Series include concerts by Stars of the Lid, the ambient duo, and Face the Music, a New York City new-music ensemble for students, grades 4-10. Topping it off, Givony is even hoping to host a summer concert at Lincoln Center for Rhys Chatham's A Crimson Grail for 400 electric guitars!
Posted by Mark Alburger at 10:00 PM