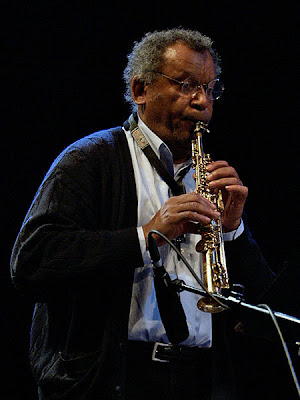 Anthony Braxton. The Complete Arista Recordings of Anthony Braxton. Mosaic. "[This is] an eight-disc set covering the output of this multireedist and composer during a major-label tenure as impressive as it was improbable. Recorded from 1974 to 1980 and previously available only on vinyl, the material ranges so broadly in structure and scale that it almost defies understanding as a single body of work. Yet Mr. Braxton’s vision is recognizably diamondlike, at once prismatic and tough. He knows exactly what he’s after, even when he struggles to articulate it. In the liner notes Michael Cuscuna, Mr. Braxton’s original producer and now the president of Mosaic, recalls the “blend of excited anticipation and dread” that he felt before planning each release. Mr. Braxton’s palette runs from the existential (unaccompanied alto saxophone) to the quixotic (Opus 82: For Four Orchestras), with a lot of action in between. His unstoppable Creative Music Orchestra turns up memorably, and so do several rough-and-tumble quartets featuring the bassist Dave Holland and Kenny Wheeler on trumpet or George Lewis on trombone. Taken as a whole the collection enables a new understanding of Mr. Braxton’s complicated mind-set as he works through a host of ideas about disjuncture and continuity, form and ritual, timbre and pulse. In some ways this was merely a foundation — he’s still furiously composing and performing — but that hardly diminishes its impact or its exhilarating sense of discovery" [Nate Chinen, The New York Times, 10/17/08].
Posted by Mark Alburger at 6:00 PM