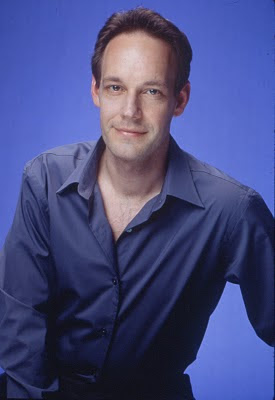 Conservatives and liberals are born in every era, and the Oakland East Bay Symphony, under the direction of Michael Morgan, gave us one of each in a double bill on May 14 at the Paramount Theatre, which definitely questioned the notion of progress.

The reactionary was Jake Heggie, whose The Deepest Desire: Four Meditations on Love, set the words of Sister Helen Prejean, the journalist of Dead Man Walking, which the composer realized as an opera a decade ago. Lovely, tame, and eager to please, this music from 2002 found another strong advocate in Layna Chianakas's committed and dramatic performance from memory.

The radical was Ludwig van Beethoven, who, at almost 200 years distance, is still able to shake the rafters of assumptions and presumptions, in the four-movement symphony that questions-every-notion-of- symphony that is the Ninth. If the Heggie lulled into a certain spiritual complacency, the Beethoven stirred up with no less spirituality and a great deal more spirit. Just about all of the music still puzzles, with the second movement's brusque good humor making pointed connections with Haydn, and the finale still over the top: childlike and sophisticated, elegant and obvious.

Quartet soloists Kristin Clayton, Chianakas, Thomas Glenn, and Bojan Knezevic shined as much as possible, given Beethoven's surprisingly limited usage of his solo vocalists. While Oakland Symphony Chorus (under the very capable direction of Lynn Morrow), had more to do, and did it well, this is still basically music about the orchestra, even when, after three movements of exclusively instrumental sounds, the vocalists finally have their bit of say.

While Beethoven's "Turkish" percussion and prominent piccolo and trombones were probably still more instrumental novelties than anything heard in the Heggie (though, yes, the alto flute was nice), just about any sound can be a little suspect in the suspicious accoustics of the beautiful Paramount. If looks were sounds, this theatre would be among the best for musics of all progressive and conventional times.

Which brings to mind one further question: are Beethoven and Heggie reflecting their eras or reacting against them? Ah, that interplay of time and personality!
Posted by Mark Alburger at 8:00 PM