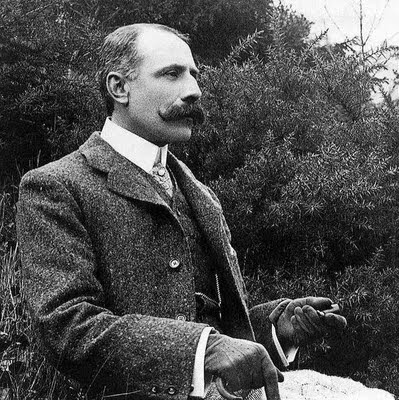 Composers and performers. Or should that be "Performers and Composers"?

On the one hand, there was nothing on the Marin Symphony program that couldn't have been performed a hundred years ago. On the other, youthful Axel Strauss put his own spin on the Johannes Brahms Violin Concerto, so there was the novelty. And it seems that this was fine by most people, although this was certainly not the largest crowd to turn out for a concert at Veterans Auditorium (November 13).

Music Director Alasdair Neale put the strings through their paces in a delightful Introduction and Allegro by Edward Elgar, which proved to be a mini-concerto for string quartet and company. Ensemble playing was tight through the compelling fugal writing, but flexible enough to allow the performers to soar.

Next up was W.A. Mozart's Symphony No. 38 ("Prague"), in a reading which emphasized the delicacy over the demonstrative energy that runs part and parcel with any attempt to reflect performance practice considerations. Certainly their was grace and virtuosity amongst the winds, and lithe lines from pairs of flutes, oboes (no clarinets -- as Mozart was almost pathologically reluctant to use all four woodwinds at once), bassoons, and horns. Even late in his short life, the composer was a paradox of perfection and experimentation, and this symphony, lacking a minuet movement, contains three relentless sonata-allegro selections in a row -- a form Mozart on other occasions limits.

But the main bill of fare was the Brahms, through three dense, earnest, gravitas movements that proclaim Classical Romanticism in all its strengths and weaknesses. The composer once said, "You have no idea how the likes of us feel when we hear the tramp of a giant like him behind us," meaning Ludwig van Beethoven. Well, sure we do. We've now been hearing the tramps of Brahms and the like for a century or more. But some can still turn the tramps to dance as Axel Strauss and the Marin Symphony.

Still, isn't it time for a new dance?
Posted by Mark Alburger at 8:30 PM