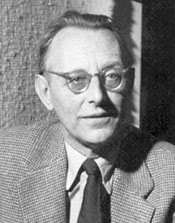 Sergei Prokofiev did it. Aaron Copland did it. Kurt Weill did it. Dmitri Shostakovich did it. Roger Waters and Pink Floyd did it. Philip Glass did it.

Selling out -- or so they were accused.

But simplifying or making more accessible one's style -- for whatever reason -- can not only lead to greater box office success. Sometimes it can lead to, heretically enough, creativity as good as or even better than that which proceeded.

That was the case again with the ever-controversial and popular Carmina Burana (Songs of Bueren -- original settings of sweets-of-sin texts by Medieval monks) given a blazingly inspiring reading by the San Francisco Symphony and Chorus, conducted by the energetic David Robertson, on November 9 at Davies. Carl Orff's Nazi-era masterwork was an immediate hit at its premiere and continues to be so, whether featured in television and movie spots, parsed in music literature classes, or performed with such enthusiasm and verve by present forces including the San Francisco Girls Chorus and Pacific Boychoir.

From the thunderous downbeat of the opening "O Fortuna" ("O Fortune") this was a performance that touched on old traditions and added new surprises. Baritone Christopher Maltman found the poignancy as well as the passion in his many solo turns, while tenor Richard Troxell made the most of his moment in "Olim lacus coleram" ("The Song of the Roasted Swan") complete with a flapping of wings and a turning on the spit. The lovely soprano Patricia Petibon negotiated her high notes with delicacy and found the right balance of sacred and profane. Indeed the assembled forces caught that holy eroticism that seems to pulsate through the work.

Yeah, yeah. No counterpoint and lots of percussion. But for those of us who like both Gregorian chant and rock 'n' roll -- what's not to like here, in what is arguably the most famous oratorio of the 20th-century? The San Francisco Symphony and Robertson made the most of every beautiful, colorful, and rhythmically urgent moment.

And what's not to like as well in Silvestre Revueltas's La Noche de los Mayas (The Night of the Mayas), a visceral film score arranged by Jose Ives Limantour (should he get a program credit along the lines of Maurice Ravel in the Modest Mussorgsky Pictures at an Exhibition?)? This is a work that can stand up to the winds of Carmina with its one-two punch of sonorous strings and indigenous percussion. There are times at concerts when one wonders about certain programming choices -- but not here. This was a perfect companion to Orff, through Mexican-inspired motifs, capped by a wild theme-and-variations that was a dance at the jungle gym -- a fever that somehow reflected Revueltas's own short life bedeviled by alcoholism, absent at 40.

Movie music sell-out? Hardly. Yet sure, why not? Being true to both oneself and the larger world can mean that the art reaches its true potential and public, even if you're a suspected Nazi or drunk.
Posted by Mark Alburger at 8:45 PM