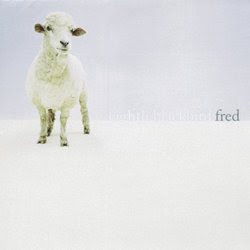 Frederic Rzewski. Fred. Eighth Blackbird. Cedille. "Composers, no matter how evident their stylistic allegiances may be, almost invariably prefer to regard themselves as unclassifiable. Frederic Rzewski is harder to classify than most. His overtly political pieces receive a lot of attention, but he writes plenty of works free of extramusical agendas, and they are no less striking. Stylistically, he is everywhere, from Minimalism to 12-tone and densely pounded clusters that sidestep debates about tonality entirely. Mr. Rzewski's music has no lack of champions, but the six musicians of Eighth Blackbird, though relative newcomers, seem particularly well suited to it. They have, for one thing, quickly identified the thread that runs through Mr. Rzewski's work: an almost organic current of narrative tension that makes this music pure drama. Politics or style may catch the listener's ear first, but virtually everything Mr. Rzewski writes, even his settings of workers' anthems, is packed with vivid interplay. Drama is Eighth Blackbird's thing as well. Several works the group has commissioned involve light staging, and even its habit of playing difficult contemporary music without scores -- moving around the stage to make the most of that freedom -- is a bit theatrical. And theatricality is a component of all three works the band plays on "Fred" from Cedille Records. The newest, Pocket Symphony (2000), was written for Eighth Blackbird, and if it thrives on interplay of different kinds - among the musicians, between sound and silence, between portentousness and light-spirited playfulness - it also leaves room for improvisation in the cadenzas for each player. The cadenzas, oddly, become the work's anchors, rather than decorative pauses: on repeated hearings, you find yourself waiting for Matt Albert's amalgam of country fiddling and Bachian counterpoint; Nicholas Photinos's pizzicato cello line; Lisa Kaplan's Bartokian piano solo; Matthew L. Duvall's graceful marimba and thundering bass drums; and the thoughtful, shapely flute and clarinet meditations by Molly Alicia Barth and Michael J. Maccaferri. Two oldies catch Mr. Rzewski in his Minimalist period. The skeleton of Les Moutons de Panurge (1969) is a single 65-note melody. The work borrows moves from Philip Glass, Steve Reich and John Cage. The melody is built gradually by adding notes on each repetition (Mr. Glass's additive process), but Mr. Rzewski counted on at least one musician to make a mistake (a Cagean chance element), so that the unison line would move out of sync (Mr. Reich's phase technique), creating a web of intricate counterpoint. In Coming Together (1971), the musical backdrop is a brisk ostinato, heard first in the piano line, then traveling through different combinations of the group's roster. But the spotlight is on the narration, drawn from a letter of Sam Melville, a prisoner at Attica who was killed in the 1971 uprising there. Only a handful of phrases are quoted, but as repeated with different inflections -- and in this version, by both individual and massed voices -- their emotional pitch and meaning change radically, from calm and reasoned to urgent and eventually almost deranged with pain and terror. Eighth Blackbird plays superbly here, and does a brilliant acting job as well" [Allan Kozinn, The New York Times, 11/13/05].
Posted by Mark Alburger at 7:00 PM